The last time I saw my cousin Kevin was in El Paso, TX. He and his family (his father and his four other siblings) lived with us for a bit while they were getting reestablished in TX after their move from NY.  They were going through some difficult times, so my mom and dad took them in, stretching out an already meager budget by feeding us oatmeal each and every morning.

It was during this time that I developed a gag reflex for oatmeal, to the extent that I would take a spoonful of that paste-like substance and then spit it into my milk glass while pretending to drink the milk.  This ruse got me through the mornings for a while until I got caught.

I did not really get along with Kevin and I’m not sure why. What I remember of him was an angry child, although I think more than anything he was probably confused about his family situation back then.  Their mother had disappeared on them without any word at all.

Getting all the kids to school was a challenge for my dad.  He had to put all eight of us kids in his car, an Oldsmobile that we called The Beast, and drove us to school.

In one of those mornings, as Dad was starting to pull out of the driveway, I noticed that Kevin was not in the car.  Nobody else seemed to have noticed, and I did not say anything because I did not want him to be in the car with me. Halfway to school, my Dad realized that one kid was missing and we had to turn around and go all the way back home.  He was not happy about that.

What to Expect after Years?

So I did not quite know what to expect as Trin and I drove into the small Texas town of Midland, five hours west of Dallas.  The only thing I’ve heard of Kevin is that he goes around town on a bicycle.

I had obtained Kevin’s cell number the day before.  The last text message from him gave us an address and said, “it will look like no one lives here, but I am here”

We parked near a dusty field next to a small house in progress.  I recognized the man standing on the porch immediately.  He had a huge smile that looked just like my uncle’s.

I walked through some dry grass and up two cement steps and gave my cousin a hug. He welcomed us into his house.   He designed and is building this adorable 500 sq ft home by himself.  The floor is cement and most of the walls already have dry walls hung.  I was very impressed with the ingenious design that made every space usable.  The wall facing the sun was double insulated.  When the front and the back door is left open a desert breeze wafts through the house.

He had asked us to meet him here as he felt it would be easier for us to find this place. Also he was helping one of his elderly neighbors that morning with her vehicle.  He currently lives farther out in the desert in a tiny house.

As it turns out, Kevin does get around town on his bicycle.  His truck conked out one day and he decided to just use his bike which he rides regularly anyway.  Except currently, he has a tendon injury that forces him to be off his bike for a while.  So we took out a few boxes from the Subaru rear passenger area in order to create enough space for me to curl up there for the ride to his house. 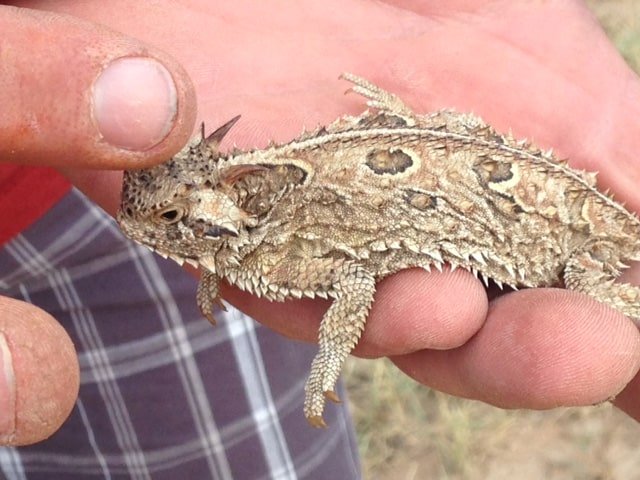 Eventually, we turned onto a small dusty road and arrived at a tiny blue home.  The fenced yard contained a garden and plants that chickens can eat.  We walked over to the chicken coop where Kevin pulled out two fresh eggs.  He has two dogs.  One of them is a friendly chihuahua named Wigglet.  She was so tiny, and she ran towards us, tail wagging, body contorting playfully.  She kicked up some dust which caused her to sneeze.  Being so low on the ground, her mighty sneezes kicked up more dust and caused her to sneeze continuously until we picked her up off the ground.

Kevin has a few acres and his own well where his 200 sq foot home sat.  It was comfortable and air-conditioned inside. I was immediately comfortable with Kevin and the conversation flowed easily.  He took us for a walk on his property where he educated us on the foliage and showed us how to eat cactus fruit. 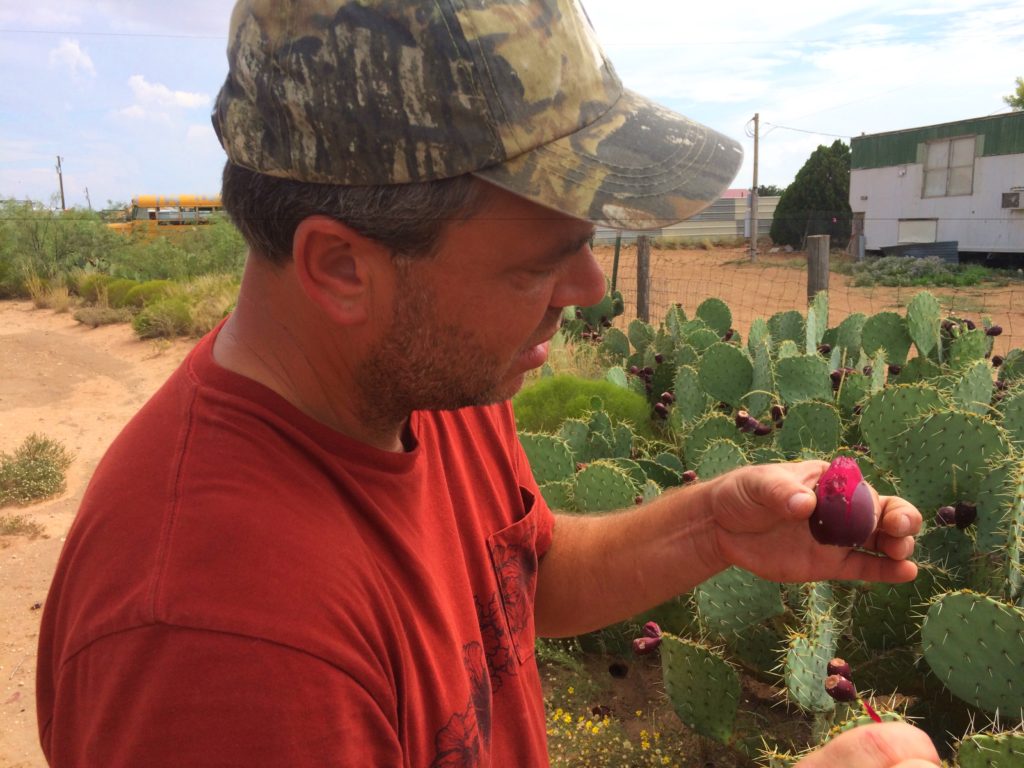 Inside his home, he gave us some of the best cookies we have had in a while.  He packed up a bag of homemade banana bread and cookies for our trip.  They were awesome.  At some point, the topic of oatmeal came up and Kevin declared that he has the correct way of cooking it.  He prepared a serving of it for us and I tried some and I kinda liked it.

We went to meet up with my other cousin, Michelle, Kevin’s sister, at a Mexican restaurant for dinner.  I have not seen Michelle for a long time either although we are Facebook friends.  We had a fun time catching up.  I got to meet her handsome son Michael.

After dinner, we all went back to Kevin’s place to look at his arrowhead collection.

It seems at times that the smaller a house, the more generous a person, or do I just notice it more?  I don’t know, but Kevin is generous and all heart with a huge smile and easy laugh.  I enjoyed this day much more than I ever expected. He may have even helped me make progress on getting over my gag-reflex to oatmeal.