A chicken bus is an old retired US School bus used in Central America for public transportation.  It is often painted with many vibrant colors and religious emblems. Racks have been added to store luggage on the top of the bus and inside above the heads of the passengers.  Anything from produce to beds get thrown on top of the bus and secured down for the ride. 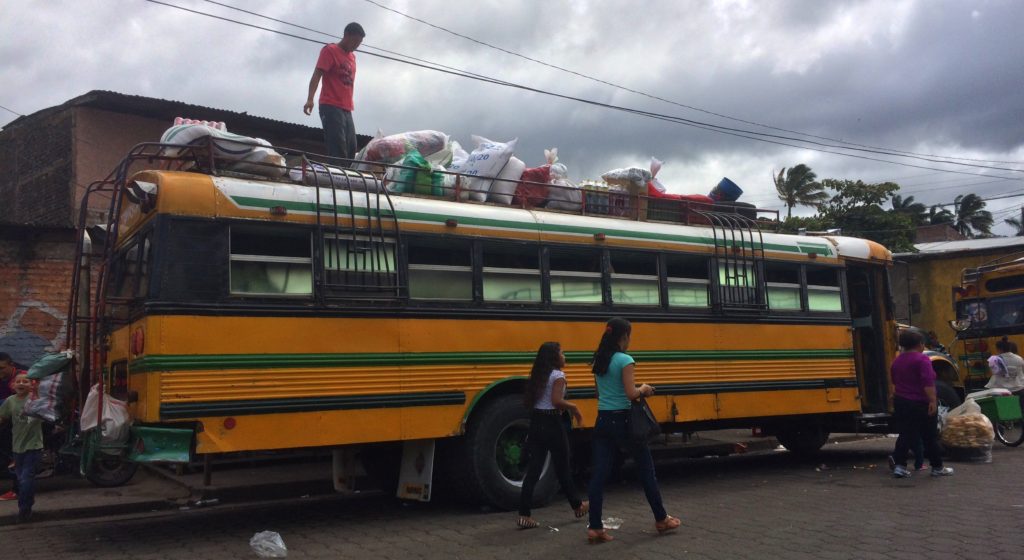 Unlike in the US, maximum capacity here is only reached when no more bodies can be squeezed into the aisle or stairwell of the bus.  We have seen these buses flying by with body parts hanging out of windows and doors due to limited space to keep them inside, not unlike a truck transporting live poultry.  This could well be the reason for the moniker although there is no established origin of its nomenclature.

We also ride with the occasional livestock.  Just yesterday there was a chicken in the seat behind me, but she kept quiet for the ride, unlike their endless chatter that we have had the dubious pleasure of experiencing, usually at 4AM.  It’s yet another possible reason for the nickname, the need for which only affects foreigners.  The locals just call them autobus or bus, oddly enough. 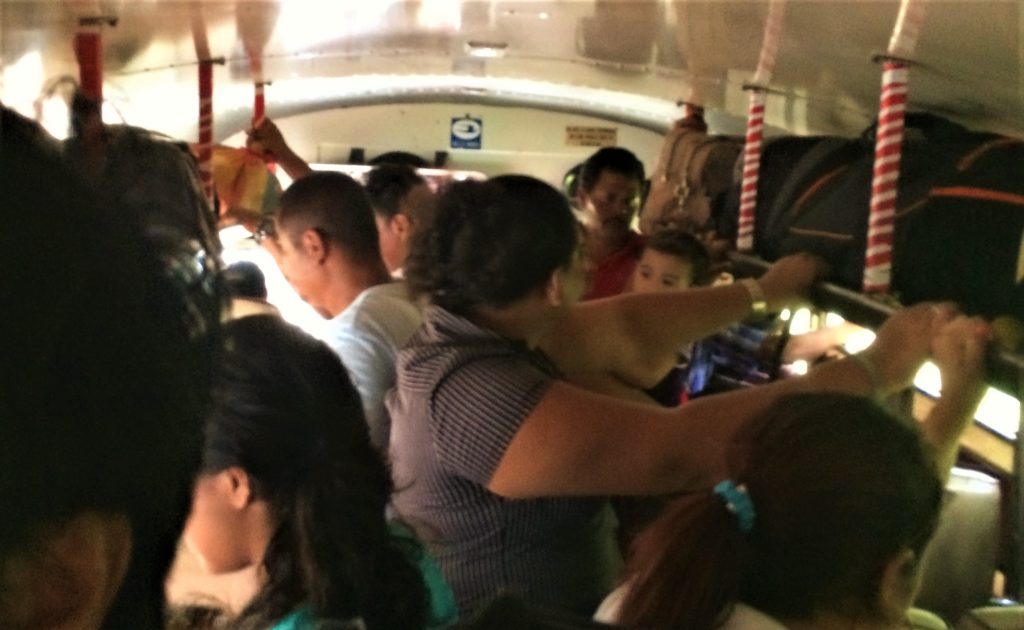 The luggage rack on the inside of the bus is made of pipes so on the occasion when we put our packs on the luggage rack in the bus we make sure they are always positioned so that we have a clear view of the entire pack and can see any wandering hands trying to probe their pockets. 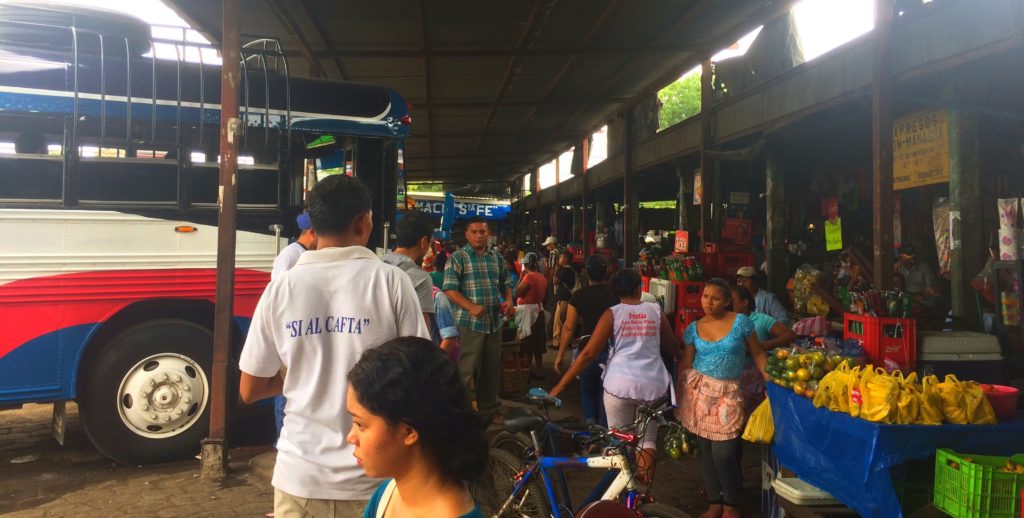 We like chicken buses because they are so cheap.  They also allow us to experience how the locals roll, providing us a glimpse of one aspect of their lifestyle.  This is a cultural experience that could range from being pleasant to potentially insane and dangerous.   Fortunately we have managed to stay safe by taking precautions and being vigilant.

The craziest ride so for was on our way to Matagalpa from Jinotega.  Everyone made a mad dash to get on the bus to be one of the bodies squeezed in for a ride.  We made it onto the bus and were standing in the aisle as every seat was occupied.  The bodies were close pressing in on every side when I felt it.

The man with the Cheerios shirt, the logo slightly off-center, probably sent here when it didn’t pass inspection, had his hand searching for my pocket and trying to unzip my bag. I told him no and shoved him hard as I squeezed by  down the crowded aisle of the bus. 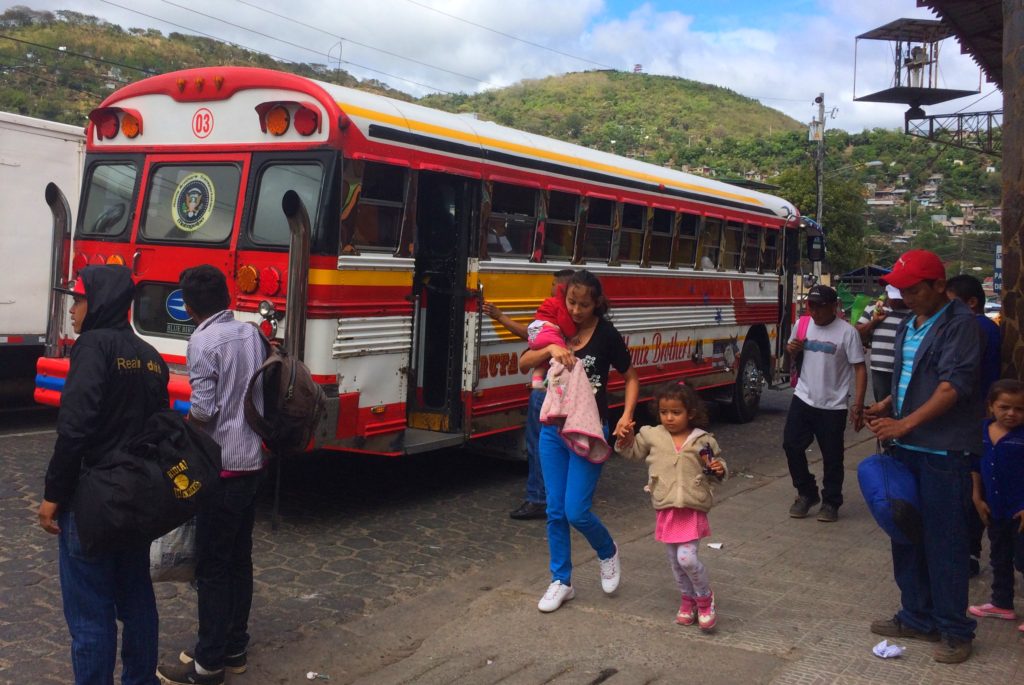 I found out later that, at the same time, someone was also exploring Trin’s pockets. Thankfully there is nothing of value in our open pockets and all the important zippers on our backpack are locked with padlocks. The one item in my pocket was a napkin I had just blown my nose into.  I was hoping he’d get that.

Ejected from the bus

The bus man insisted that we put our packs in the overhead rack or on top of the bus. We said no. We do not let our packs out of our sight and we never put them on the roof. Normally, saying no is enough and they leave us alone but this guy was persistent. If we took off our packs they could squeeze in two more bodies.  They would also have better access to our pockets. So we got off the bus to wait for the next one. 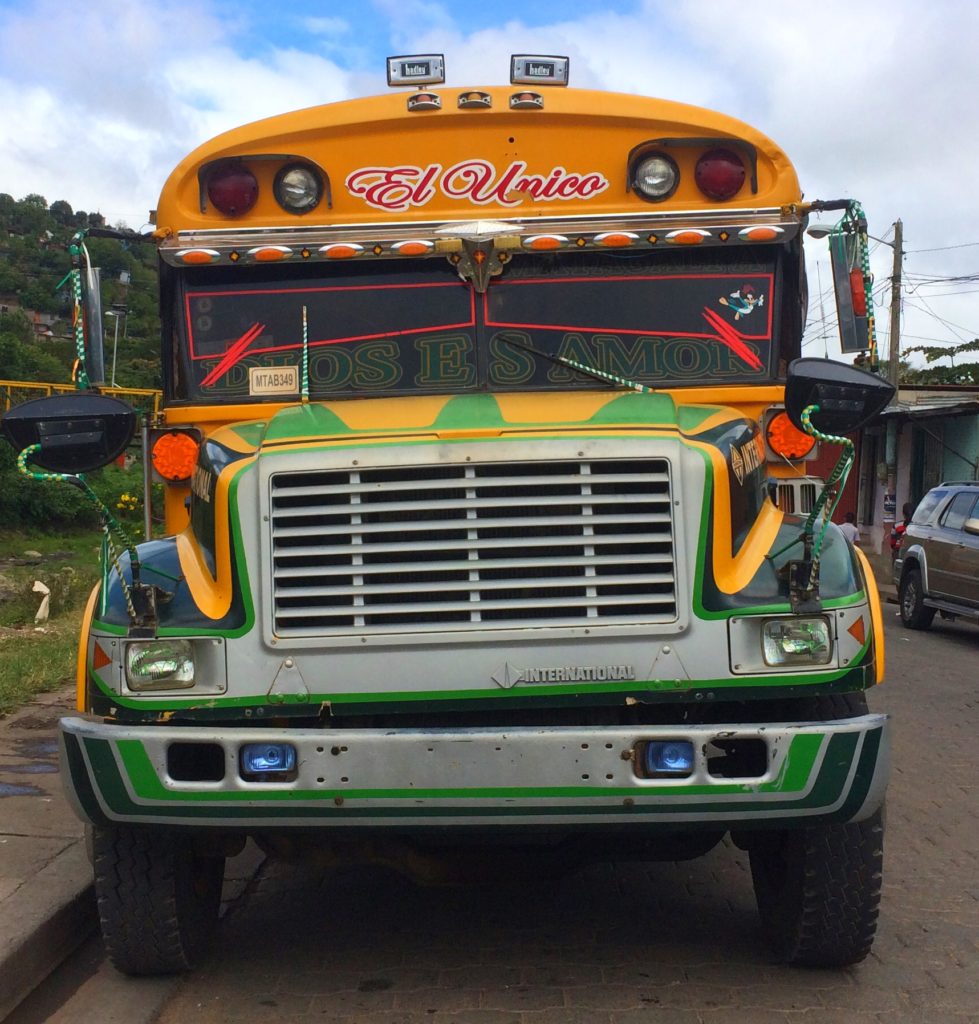 A half hour later the next bus to Matagalpa pulled up. Same as before, everyone crowded to the curb. This time I was a bit luckier as the rear door stopped near me. I joined the shove and was able to grab a seat in the back. I took up the whole seat and waited for Trin to shove his way on. After he joined me, we settled in with our packs on our laps. They continued to pack people in, filling every crevice. 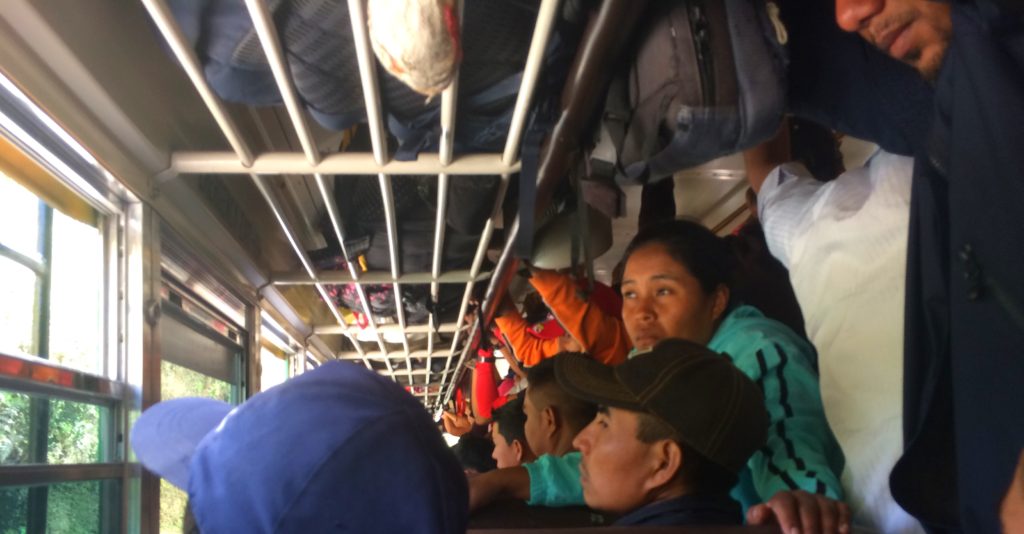 When the bus began to move forward Trin and I looked at each other and started laughing. We had squeezed our way in Nica style.  “That’s how it’s done,” we said to each other with mock bravado.

8 thoughts on “The Chicken Bus Experience”