Here’s a list of my favorite things in Leon, Nicaragua.  We spent the entire month of December 2016 there to take a break from travelling.  We were able to attend cultural events like La Purisima, and a Nicaraguan New Year celebration, but for the most part we just took it easy.

Literally translates to milk soup, although it’s really a dessert and not a soup.  The texture is a cross between flan and pudding with a lot of milky flavor.  I’ve only seen them sold by street vendors.  A lady sells them at the top of hostel alley outside of Optica Matamoras. 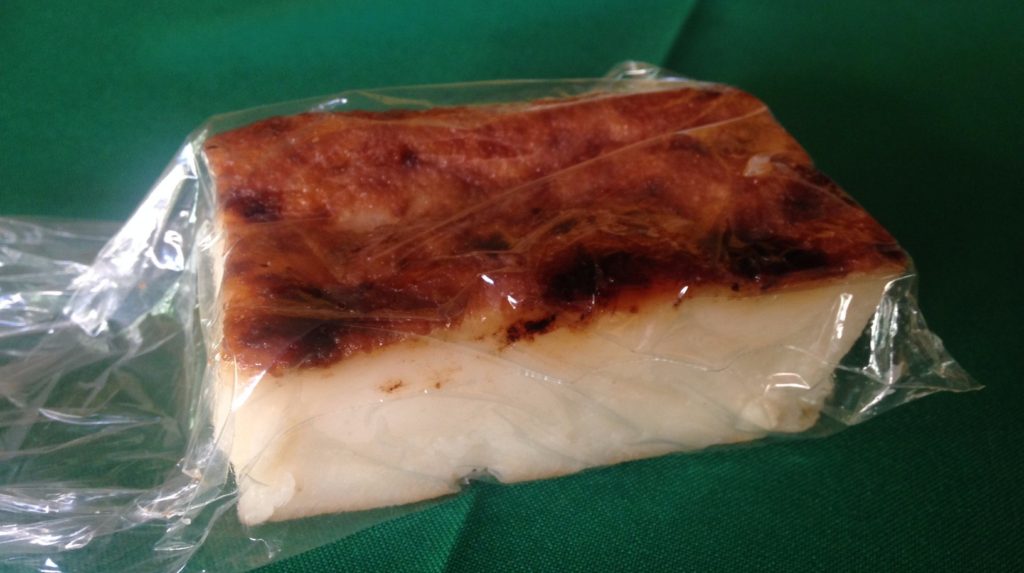 Cost: 15 Cordobas (US$0.50) as of 2016.  They usually get sold out by midday so I try to get there in the morning.  There is another lady that sells them across the Iglesia la Recoleccion for 12 cordobas but they’re not as good.

This is the Nicaraguan tamales, made of corn base, pork meat (or another meat), a sliver of pork fat, vegetables and rice, all wrapped in a thick blanket of banana leaves and then boiled or steamed for hours.

There’s a lot of complex flavors in it and almost every bite is different because you might get a piece of olive in one, and a chunk of meat in the next.  A lot of work goes into making them; it’s no wonder they usually only make them on weekends and special holidays. 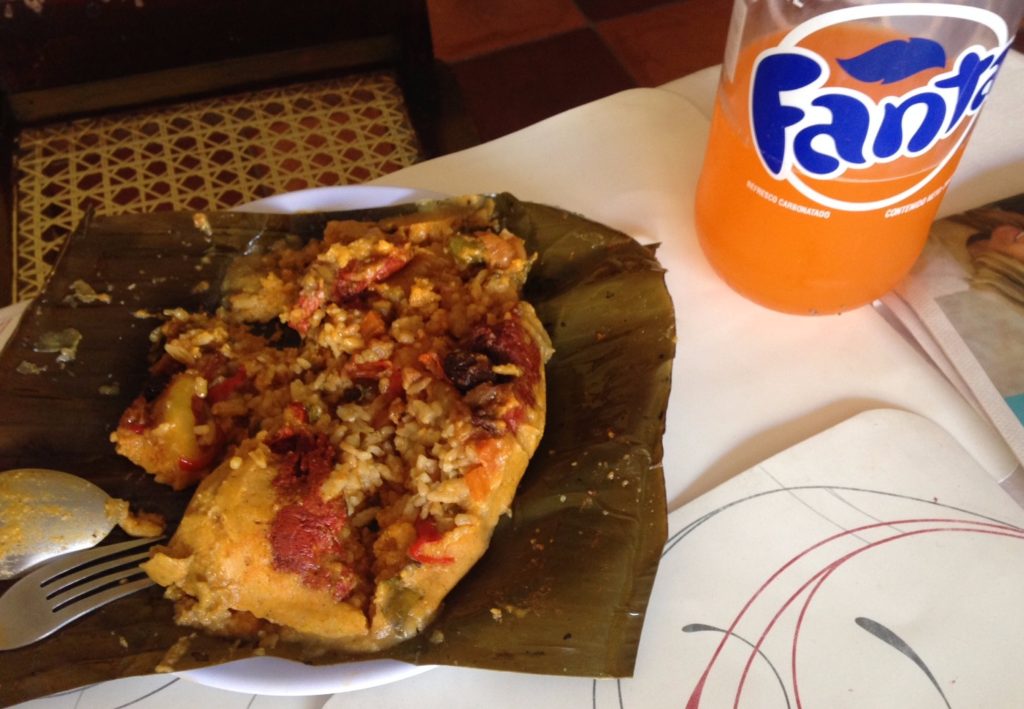 There are many places in Leon where you can buy Nacatamales.  I buy from Autenticos Nacatamales Millón, a family-run business.  Cost: 55 Cordobas (US$1.87) for the grande size.  To get there: Find Ermita de San Pedro in Sutiava, then walk half a block westward to the yellow house just across an empty lot (map).

I liked Victoria better than Toña, but that was before I met Brahva.  The top 2 beers in Nicaragua, Toña and Victoria, are both pale lagers and brewed by the same company.  They are made to be very drinkable, kind of like the way Budweiser is, how should I say it, agreeable (read: watery). So, I just drink Brahva which is brewed in Guatemala. 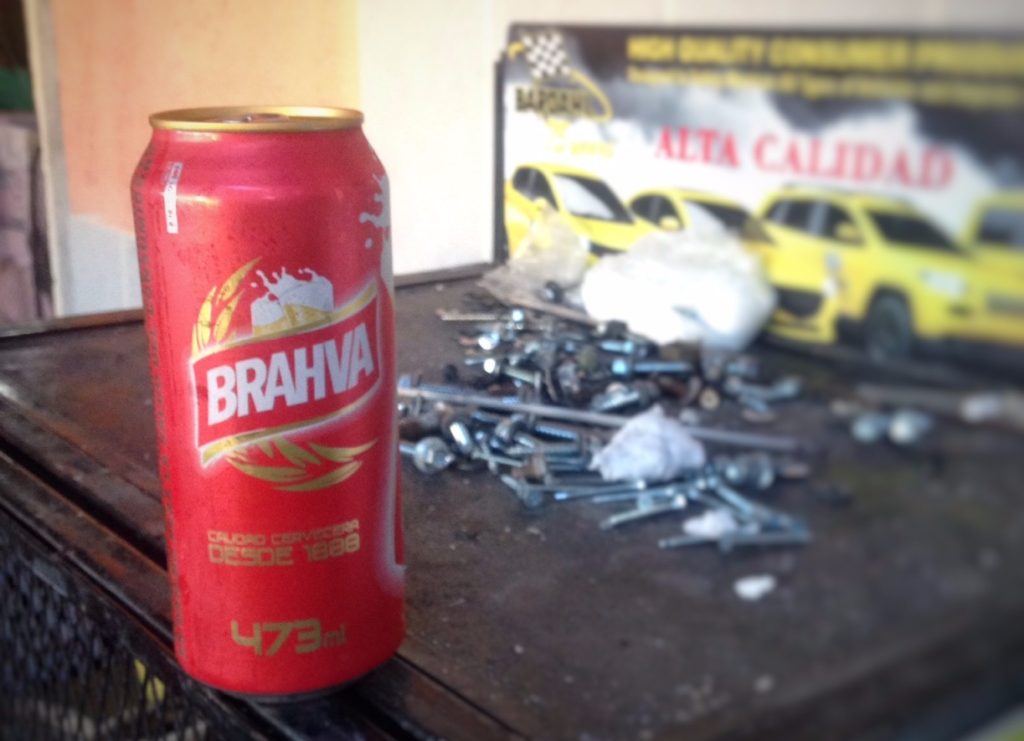 Cost: they all taste the same, but you can buy a 6-pack of Brahva from Pali for only 70 Cordobas (just over $2).  Bonus: Buy a pack of Ranchitos as well.  They are Doritos knock-offs but just as good and very cheap, a big bag for 19 Cordobas.

This is a bicycle shop and a motorcycle rental place right in hostel alley, a couple of doors from BigFoot Hostel.  They have very affordable rental rates.  The bicycles are in almost new condition, Specialized brand.  They have group rides at least twice a week and anybody can join.  The routes go through rural dirt and gravel roads and are very scenic.  The owner, David, is a really nice guy and he usually leads the ride.  The couple of times I rode with them it was a mix of locals, expats, and tourists.  Very friendly group atmosphere. 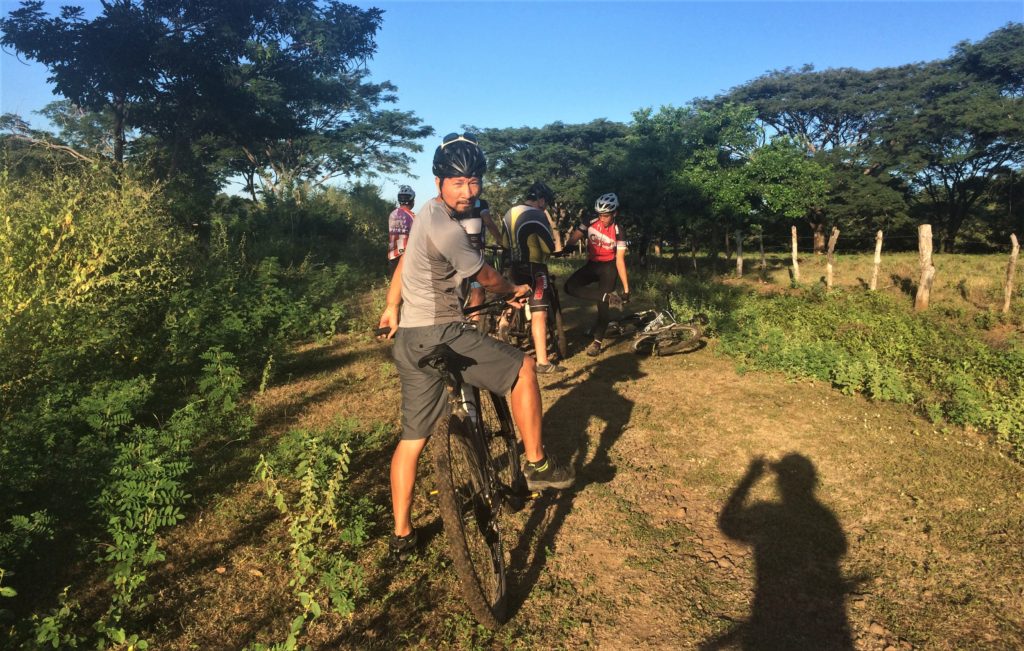 These are affordable eateries who cater to the UNAN students.  My two favorites are EATS and Comedor San Benito (map). 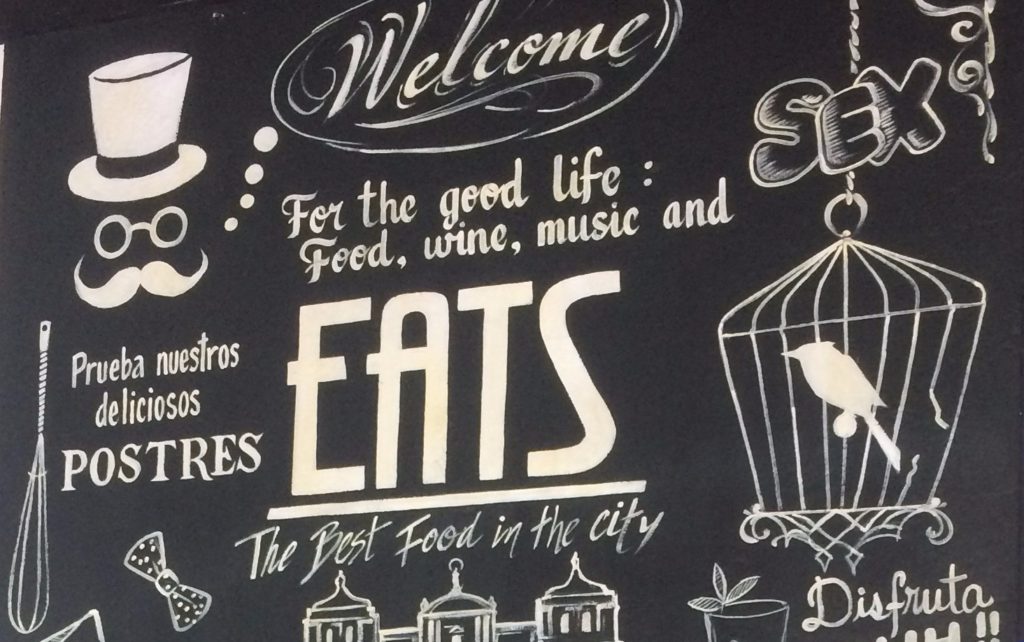 Cost: At 50 Cordobas (US$1.70) a meal (EATS is 50 Cords but includes a drink, while Comedor San Benito is 40 Cordobas and an optional drink is 10 Cords), we could barely justify cooking our own meals at the hostel.

And that rounds up the list of my favorites things in Leon.  Feel free to share yours by adding your comments below.

Are you hungry now after Trin’s 5 favorite things?

Bonnie’s five favorites in Leon were:

A few cordobas bus ride to the town of San Jacinto, followed by a 6-mile hike to the crater.  No need to pay for a guide if you have the GPS tracks.

This was our favorite beach on the Pacific side of Nicaragua.  This is a free activity as hitchhiking to the beach from Leon is super easy and much more comfortable than taking the crowded chicken bus from the mercadito.

3. Walking around town to see all the cathedrals

Leon not only has the largest cathedral in all of central America it also has other unique churches such as this gothic gem.

Known as the entomological museum, it costs only 20 cordobas each.  The owner is passionate about bugs.  We learned all kinds of cool bug behaviors, such as the cleaner ant.  This is a colony of ants who move their entire colony as they clean out an area.  He told us that homes on the Caribbean coast will use these ants instead of pesticides.  They allow the colony to move into their home.  The family waits as the ants find and eat every single insect hiding in any crevice of the home.  Once done they march on and the family moves back in.  Insects are fascinating.

5. The people we met

We were there long enough to really get to know some of the locals and long-term visitors.  I love meeting new people and learning about their lives.

2 thoughts on “My 5 Favorite Things In Leon, Nicaragua”