He appeared on the edge of the bank about 20 feet away, just to our left.  We had just opened our pack of tuna that would accompany our rice dinner at the Cataloochee campsite in the Great Smoky Mountains National Park.  It was a black bear, about 250 pounds by my wild estimation.  It pointed its snout in the air, licked its nose, and looked at us.  I yelled over, “No, you can’t have any”.

It lumbered back down the bank away from us.  A few moments later it appeared somewhere on our right, continuing to sniff the air hoping for food.  Again we yelled at it to go away, as if it were a petulant child.  This went on for a while – we would yell at it, it would go away and reappear from a different approach.  At times, its head would emerge from a ledge, like a prairie dog.  It became annoying and comical at the same time.

We had brought a bear-proof canister to store all our food.  It’s a product called BearVault.  As far as we know it works.  We’ve never seen a bear attempt to open it, although one morning somewhere in Olympic National Park on a separate trip we found that our bear canister had been moved to a different spot during the night.

Tonight we decided it would be best to not only put our food in the bear canister, but also hang it and our packs out of reach of this pesky bear.   Thankfully this campsite, along with most of them along the Smokey Mountain portion of the Appalachian trail have bear cables to hang food and other items.  We put our backpacks in big black garbage bags to keep them dry and hoisted them up the cable to hang high above the ground.

He Stole the Boots

While we were hanging our packs we looked over and saw the hind end of the bear sticking out from our tent flaps.  We both quickly ran over and yelled at it to get out of the tent.  It emerged with one of Trinity’s hiking boots in its mouth.  I had visions of Trin having to hike out of here in his crocs.  We both chased and yelled at the bear until it dropped the boot on the ground. It had gnawed through and left a tiny tooth hole on the the toe of the boot.  It made the boots look really cool.

He is coming inside the tent!

Trin was still doing some chores way on the otherside of campsite from the tent and I decided to turn in for the night to read a bit of the book on my iPhone before going to sleep.  Just as I got the book on I heard Trin yell.  “He is coming inside the tent again!” 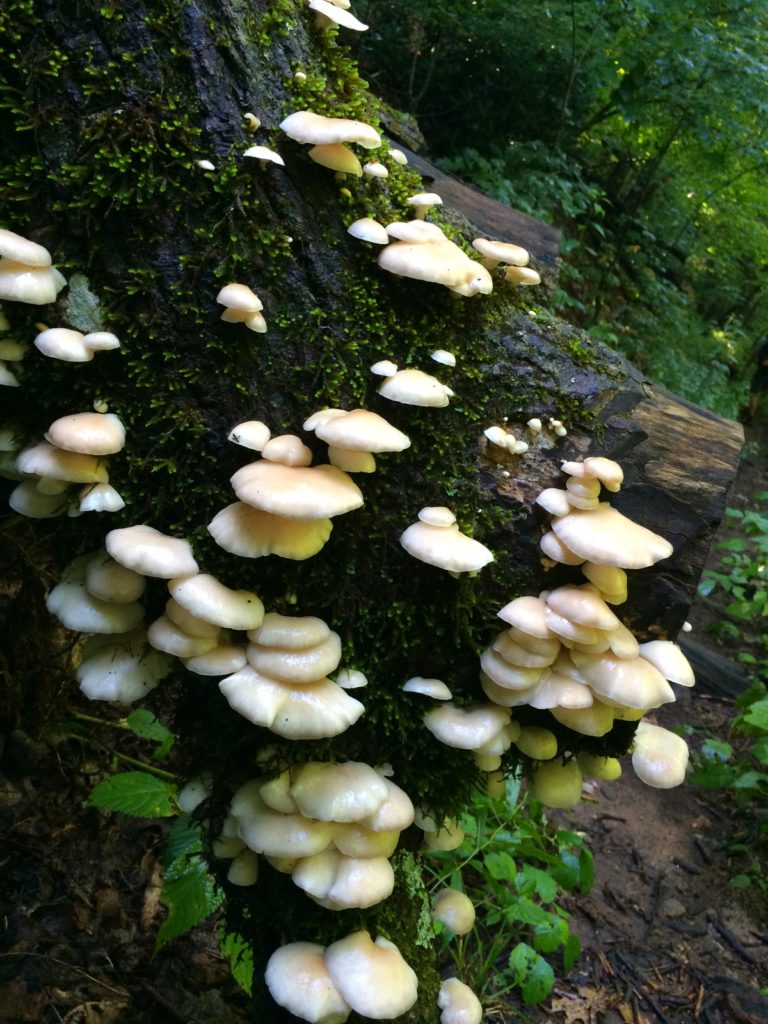 I’ve had enough of the pesky bear.  I crawled out, picked up a handful of rocks and charged the bear.  I screamed and yelled like a banshee and threw the rocks near it to scare it away.  To this point it had not shown any aggression, more like a big puppy asking to be friends.  My guess is that someone else had fed this bear.   When they get used to getting food from humans they become dangerous. 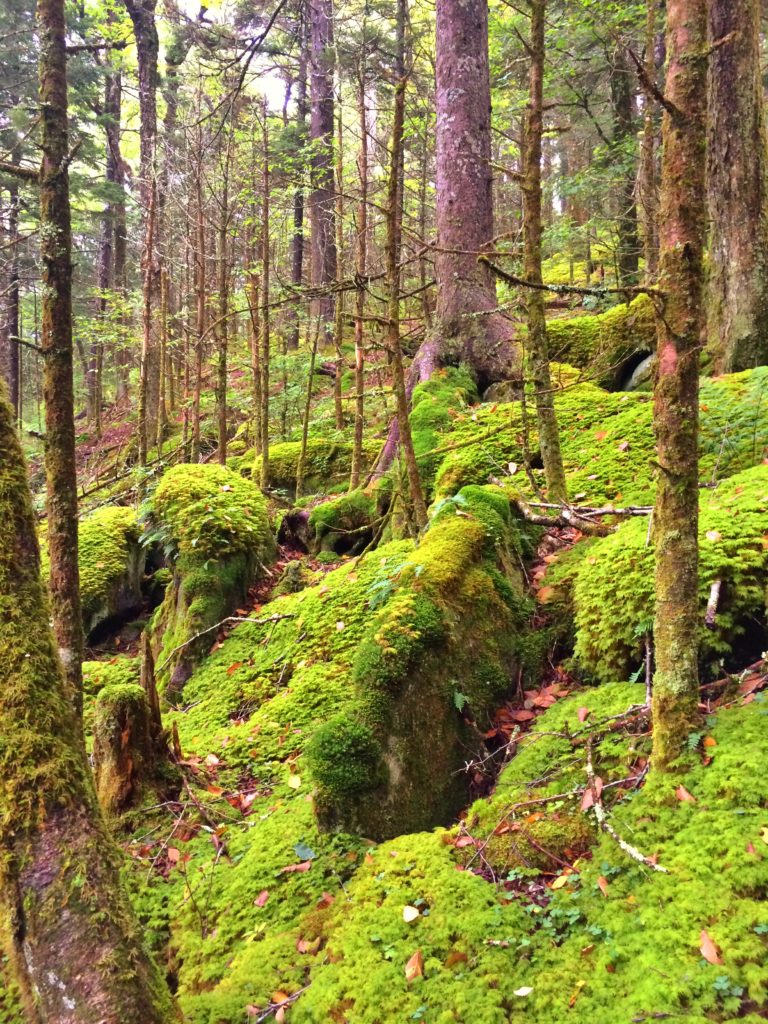 He finally ran away, looking back at me with what seemed like a really hurt look in its eyes.  I threw another rock and it hit a boulder near the bear making a loud noise.  This made the bear run in earnest.  It took off across the stream and up the hill on the other side.  We hoped that that was the last time we’d see the bear. 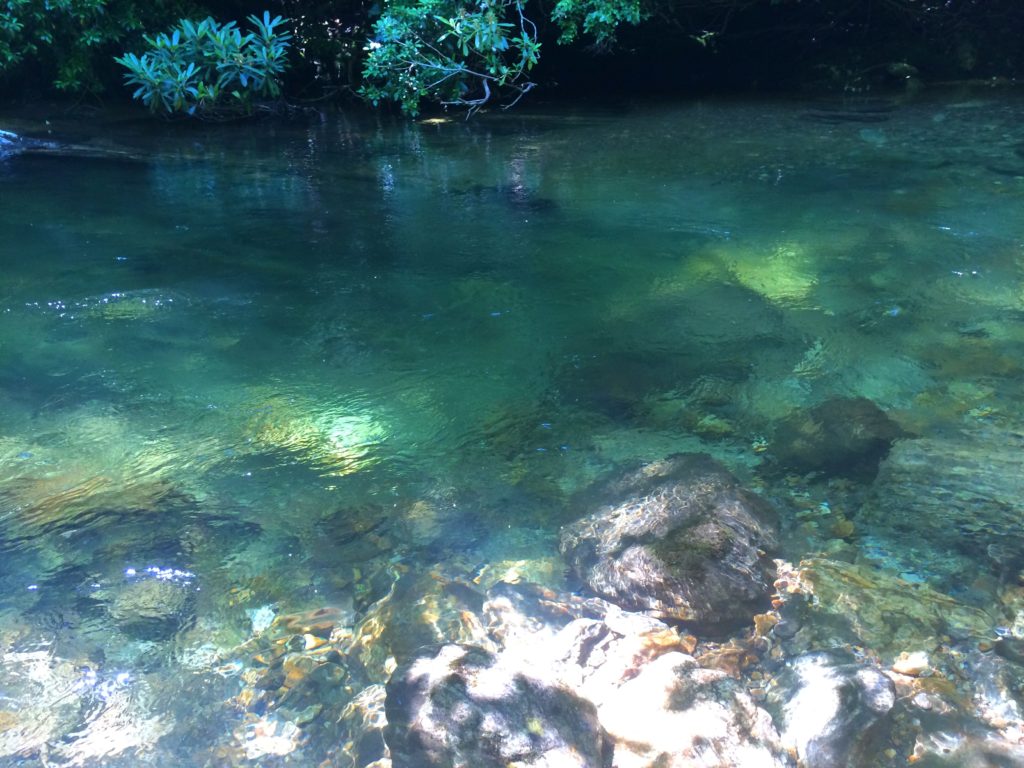 At around two o’clock in the morning we were awakened by a violent shake of the tent. It felt like something tripped over one of the tent lines.  Instantly, we sat up and growled at whatever creature was outside the tent.  And then it was quiet.  We peeked out of the tent.  Nothing.  We listened for a long time.  Nothing.  Eventually we fell asleep. 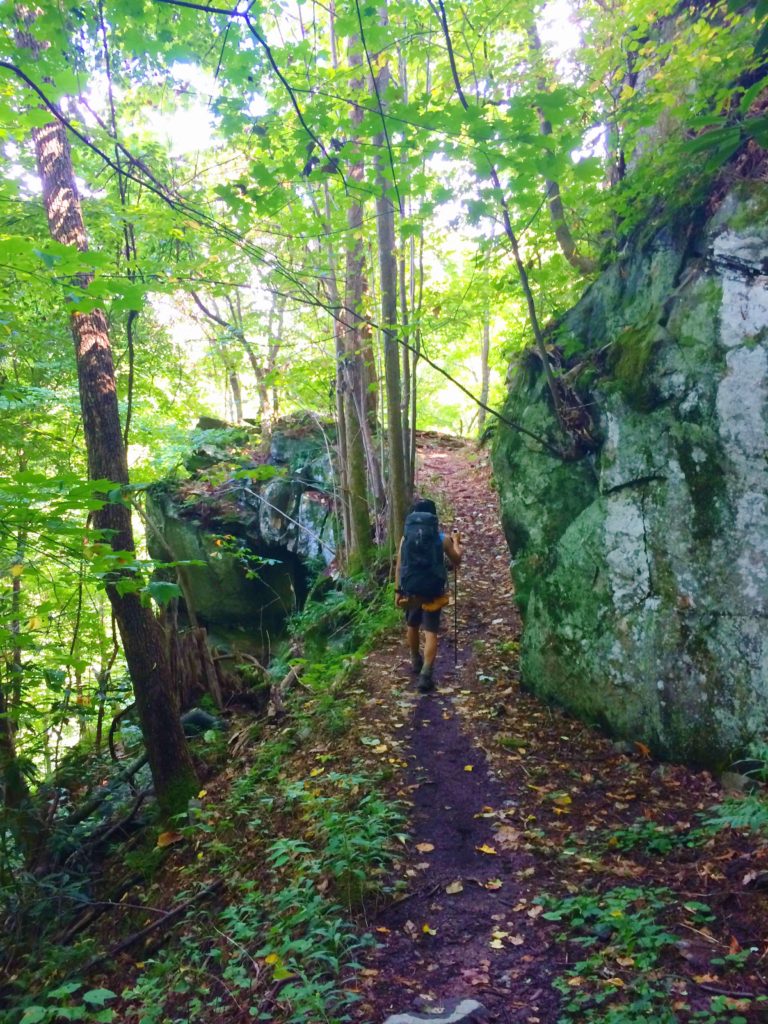 In the morning, we found that our Nalgene water bottle had toppled over and hit one of the tent lines.  Grin.  Was the tent really violently shaken last night, or was it more like a bump and a thump?  A mind startled out of deep slumber has a way of filling in unnecessary spurious details.  Is the terror less real if it is based on imagination as opposed to, say,  if there had been a vengeful bear charging your tent?  If you are ever in a similar situation, be assured that I will never judge you.

But it had been a beautiful summer morning waking up to the sweet smell of pine, and the morning dew clinging to the pine needles and moss.  We had nine miles to go that day through the forest of the Great Smoky Mountains in Tennessee. 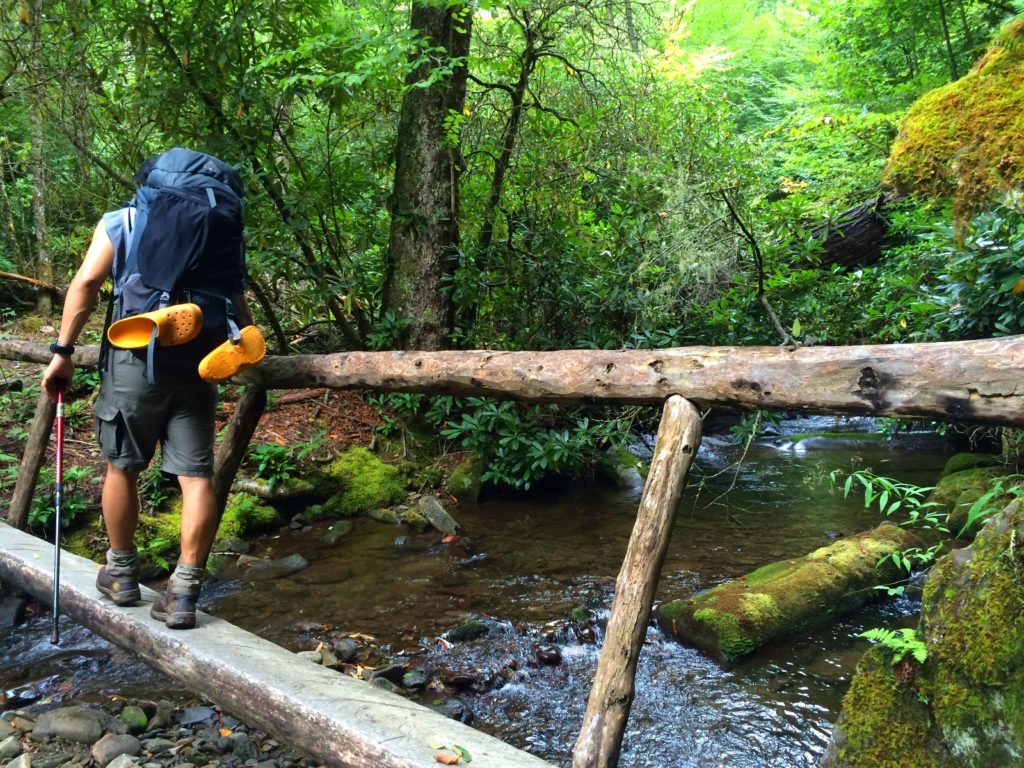 We enjoyed quite a few trails in the Smoky Mountains during the years that we lived in North Carolina.  Please enjoy the trails and don’t feed the bear!

Always keep your maps in a ziplock bag.

2 thoughts on “The Pesky Bear In The Great Smoky Mountains”