We wanted to get an early start today, to get a full day at Arvi park.  I was up by 6 AM enjoying the tail-end of the overnight window of peace and quiet, making my coffee, preparing today’s packed lunch, aware of the ephemeral nature of this reprieve.

The loudspeakers from the street below started bellowing their chants and music.  It was 6:30 AM on a Saturday.  I looked down from our 12th-floor balcony to see a religious statue set in a blue grotto adorned with flowers being carried down the middle of the road.  A large crowd of people followed behind taking up the entire road slowly proceeding towards the cathedral only a few blocks away.

I took a peek at Trin, a motionless figure under a heap of blankets on the bed.  I can’t believe he slept through that.  I’ll need to wake him up soon.  I don’t feel too bad about that.

Loud noises seem to be part of daily life here.  The mere fact that almost all drivers blow their horns like it’s a nervous tic contributes to a lot to the cacophony.  If there are noise ordinances, they are not enforced. Vendors wander by throughout the day yelling out what they are selling.  Their voices surprisingly loud and carry up through the high rises around them.

In contrast, on the Metro almost everyone is silent.  The electric cars hum through the center of the city and its patrons quietly enjoy the ride.  In the evening it is not uncommon to see an entire row of sleeping passengers, though there is the occasional dissident: one evening we saw a man standing in the center of the train car talking loudly on his cell phone.  I glanced around to see the other patrons shaking their heads and giving him the eye.

We arrived at Arvi Park, a 16,000 hectare (over 60 square miles) ecological preserve on the edge of Medellin.  We rode the metro to the opposite side of town and then transferred to the cable cars that took us far up above the city.  Soon the cable car entered into the mist and the city disappeared from view.  A quick transfer to the Line L cablecar took us over the mountaintops leaving behind the noise of the city to arrive in the heart of Arvi park, into a different world.

The sprawl of Medellin up the mountainside

We saw very few people on the trails and the pine needles on the paths muted all sound but that of nature.  Birds sang and trees rustled in the wind.  As we approached an overlooking viewpoint I began to hear a hum. 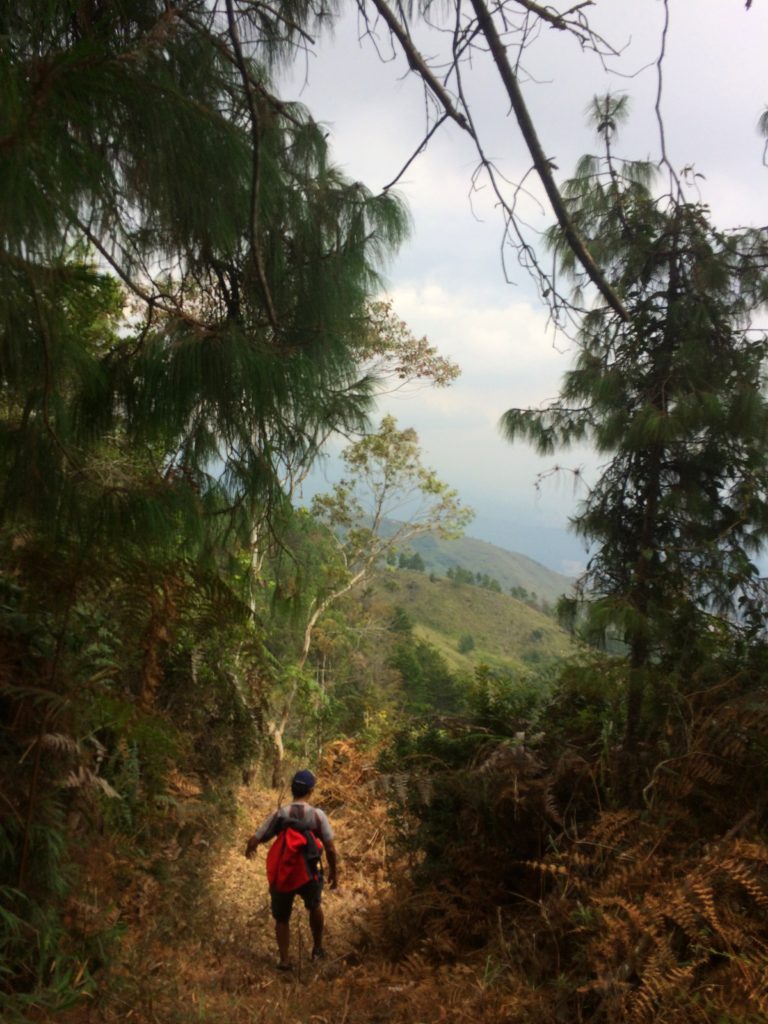 At the crest of the peak, we looked down to see the city of Medellin far below us.  Drifting up was the common soundtrack of a metropolis: sounds of traffic, small frames of music and the occasional siren.  We stood there for quite some time admiring the city set in a bowl of the mountains.  Eventually, we turned back and the noise of the city once again faded as we descended to the other side.

ALL PRETTY IN THE END

The beauty of Arvi park propelled us forward.  Even after 10 miles of walking through the pristine jungle, there were still miles of trails yet to hike.  They begged us to follow but time dictated our return before the last cable car left at 6 PM.

We saw several camping spots during our hike in the park.  There was one in particular that made us long for our tent and a few more days.  I could picture us making dinner over our little camp stove (not with us on this trip) relaxing on the moss covered ground, turning in for a peaceful night next to a small stream amid the quiet pines.

We had to return to the city that evening, to the blasting of horns and loud processions in the city celebrating Virgen del Carmen, the patron saint believed to protect drivers.

After dinner, I fell asleep quickly and didn’t even wake to the party that Trin said started late that night at the floor above us and lasted until early morning. 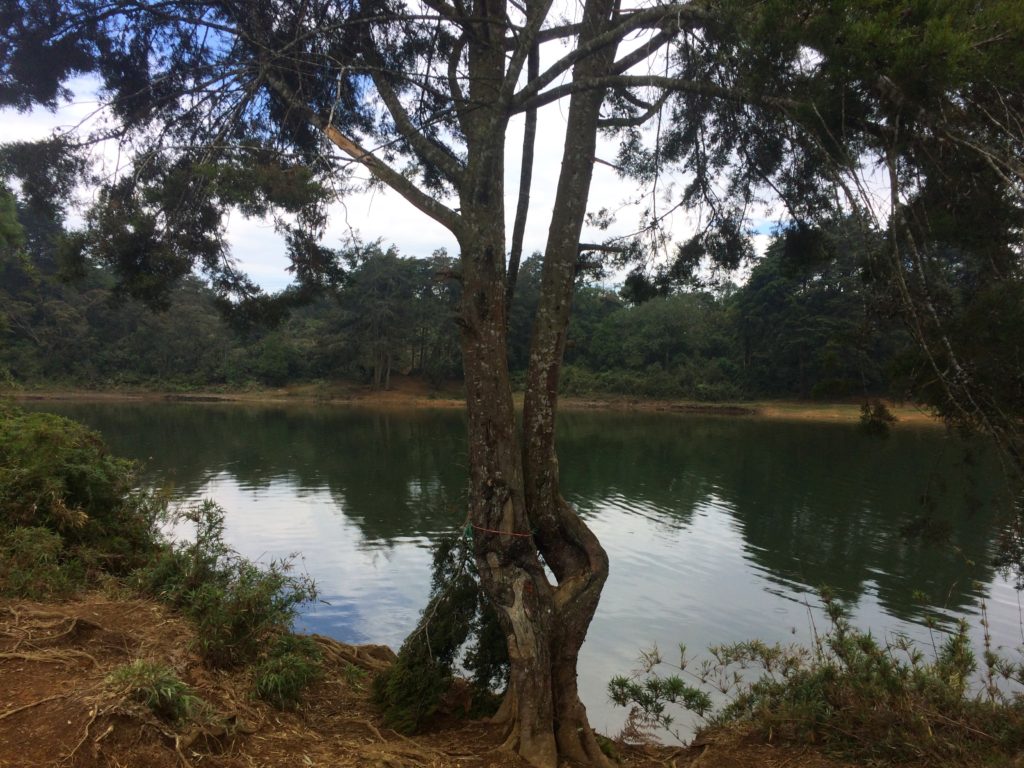 Noise becomes normal and we adapt, but I will always love the quiet solitude of nature.

4 thoughts on “On Noise and Peace, Arvi Park”