A beautiful mountain range runs along the side of town. Behind our house, the mountains split and provide a glimpse of a dark valley beyond it.  There are always ominous clouds resting in this crevice making the mountain beyond them appear to be always in shadows.

This dark mountain has been calling to me since we arrived in Villa de Leyva, a colonial town three hours north of Bogotá in the mountains resting at over 7,000 feet elevation.

We hiked through this mountain today and it made for a great day hike.  Not finding much info online about trails in this area, we just picked the road that appeared to be going in the direction we would like to be.  We started mid-morning on a sunny day, starting at the dirt road behind the house that we were housesitting for the next three weeks.

Dogs greeted us along the way.  The sheep completely ignored us and one goat with beautiful long blonde hair stared at us as we walked by.  Most of the road was dirt, but the steepest parts were cemented down so that cars would be able to ascend.  The houses became further spread apart and eventually, the road turned into a small trail that continued toward the narrow valley. 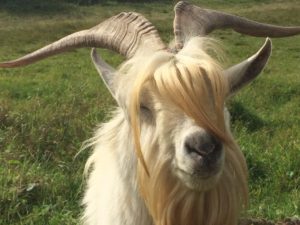 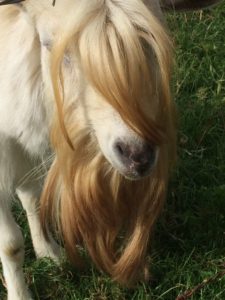 We followed the trail and emerged onto the other side of the pass.  The wind grew cooler and blew mist making us shiver.  I pulled out our the rain jackets and we draped them over ourselves.  We had made it in the dark valley. 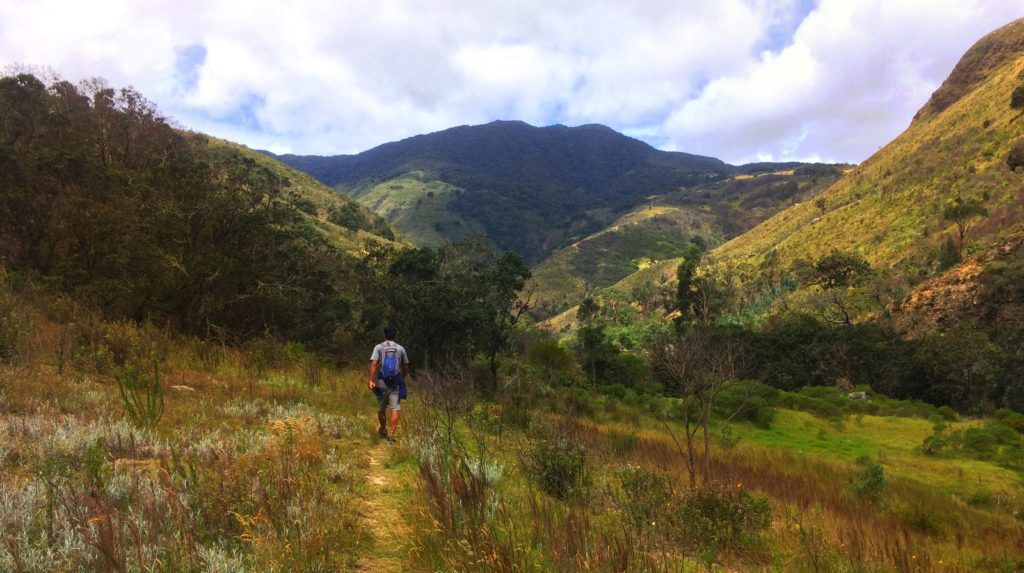 We ventured further down the trail that meandered on the mountainside.  As we rounded the mountain the sky cleared and the sun dried us.  There before us plunged a large waterfall spilling down the rocks on the mountain adjacent from us.

We sat on a rock and ate lunch while gazing at the waterfall and the cliffs around us. 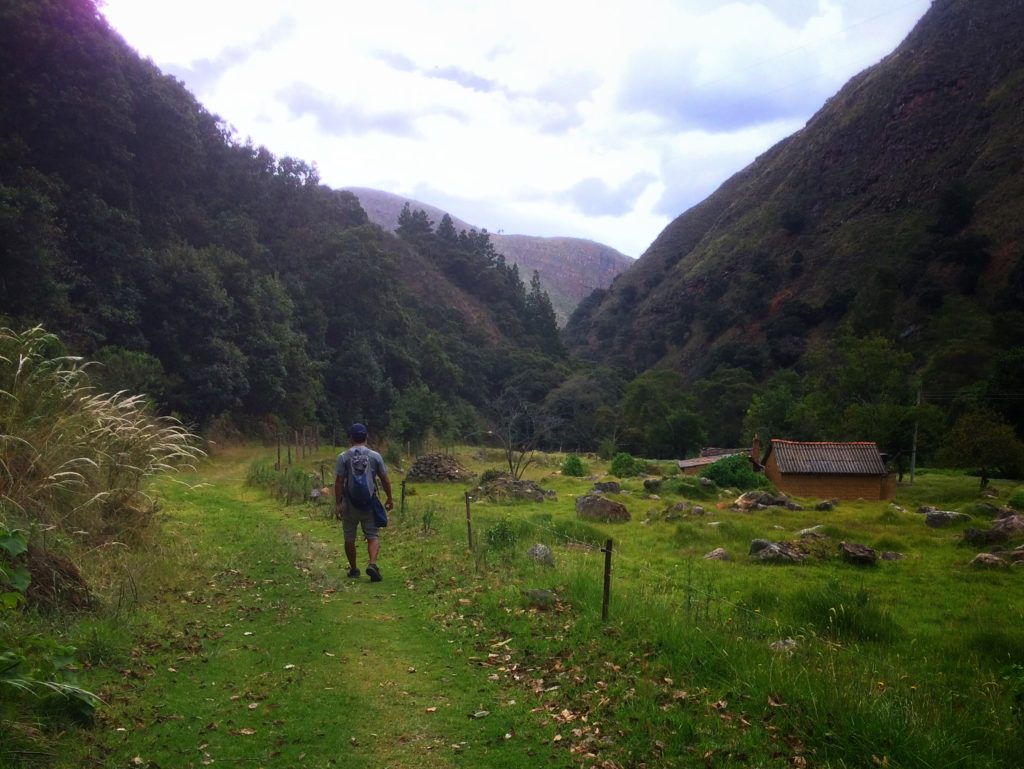 ONTO THE NEXT VALLEY

After a tiny rock scramble, we slipped out of the misty ravine and in a tiny valley.  From here the trail became somewhat easy and absolutely peaceful and beautiful. 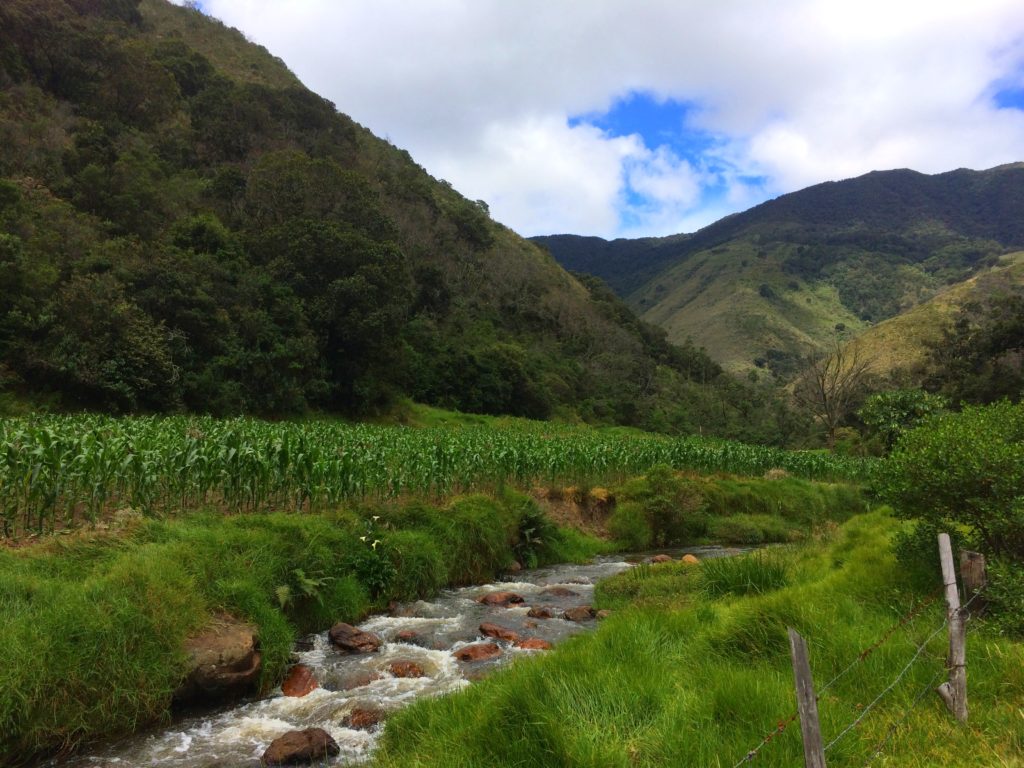 Small plots of land were cultivated for crops, all of this is done by hand or with horses.  Cattle grazed in the narrow green fields beside the stream.  A couple of old mud-brick homes sat abandoned, leaving to the imagination another way of life.  This area was settled over 400 years ago.  One of the draws of this Villa de Leyva is the preservation of its ancient structures. 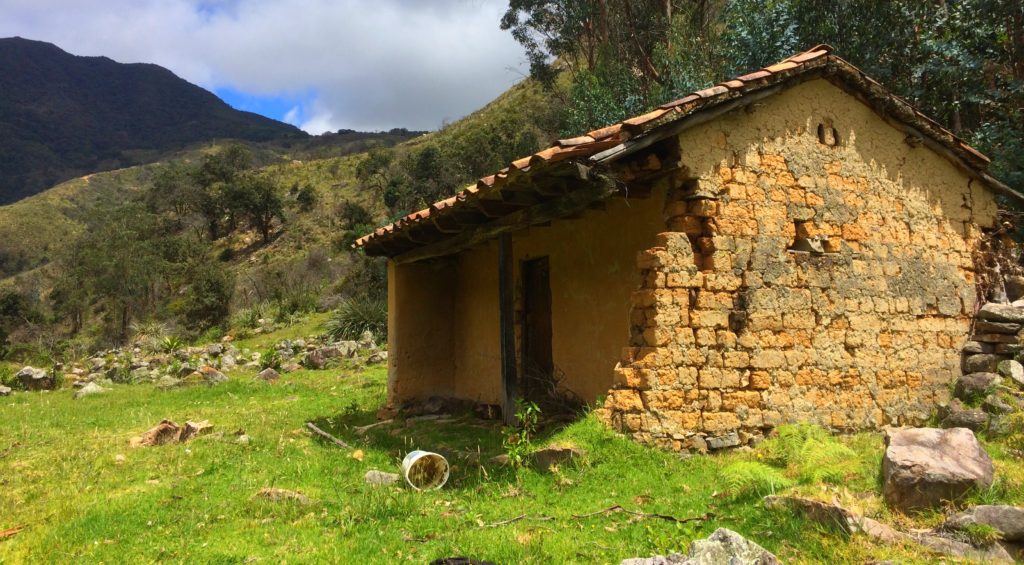 The entire day we saw only two people on the trail.  One local man who was headed to Iguaque via the trails.  The other was Luisa, a woman who lived in the secluded valley.  She was tending some cattle and we stopped to talk to her a bit about the beauty of the valley.  When we turned around to head back we ran into Luisa again.  She was on her horse headed home.  She told us where her house was located and said if we were ever down that way again to stop in and ask for her. 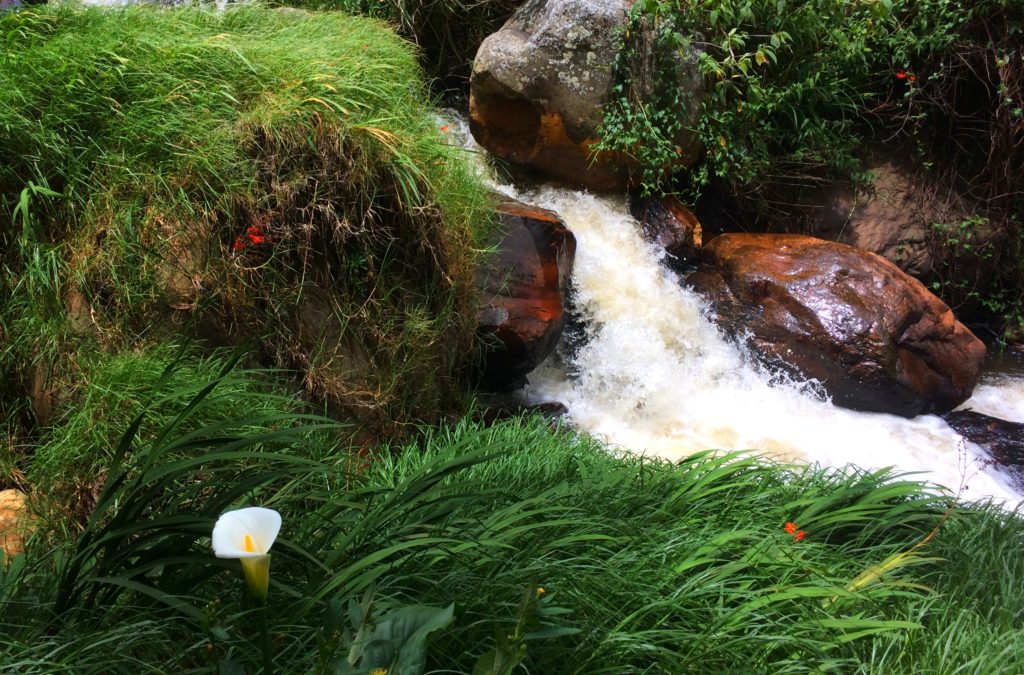 As evening approached we emerged from the mountains and back onto the dusty roads leading home filled by the beauty of nature.

ADOPTED BY A DOG

On the way home, a huge dog greeted us and decided to adopt us.  He followed us the entire way home constantly looking at us to make sure he was headed the right direction in front of us.  Most of the dogs here in Colombia seem to wander free, but know where home is for a good meal.  They all appear to be happy, healthy and free.  This poor guy, however, seemed to be a bit lost.

When other dogs came out to defend their territory he put us between him and them.  He trusted us to protect him, I don’t know why.  At the gate, to our home, we had to part ways and we felt bad saying goodbye.  We looked for him the following day and did not find him, so we hope he found his home.

How to get there:

Start at this waypoint.  Follow the road eastward.  The road turns into a footpath just beyond the hacienda surrounded by pine trees.  Follow it as far as you want through the valley.  Just after a stream (map), there is a side trail to your right which roughly parallels Rio Cane.  We took this path and it takes you to a waterfall viewpoint and eventually connects back to the main path.

4 thoughts on “The Valley in Shadows: Villa De Leyva”