Buenos Aires is a major metropolitan city in South America. Among many other things, it is known for its 19th-century architecture. To wit, the Casa Rosada is a sight to behold. There are a few theories about its color, but one of the more curious explanation is that the building was painted with bovine blood, not an uncommon practice during the time the structure was built. This was intriguing for Trin who is part-bovine.

Be prepared to constantly look up and enjoy the detail and beauty of these old well-maintained buildings. We walked for miles with our necks craned taking in the beautiful architecture.

Buenos Aires is home of the tango where it originated in the 1880’s. Participating in this beautiful dance requires two dancers to focus on each other. They dance for only one person, their partner. The rest of the world falls away and it is just the two of them. Unlike other dance styles like ballroom dancing that is conducted for the audience, the tango is personal and its passion is visible to those observing.

“For three minutes you are in love with this other person,” said Marite, a tango aficionado whom we met in Tilcara.

“For three minutes only, then when the dance is over the love affair ends,” she added.

Marite went on to tell us how much Argentinians valued their freedom (see our article on Colors of Freedom).

The dance embodies the need to enjoy the beauty of life in its fleeting moments. Money, power, and other material possessions are meaningless at the end of life. As Charles Studd wrote, “Only one life, ’twill soon be past.”

For me, the tango is a reminder to enjoy each moment in life as it comes.

Argentina today is free and as impressed upon me by my conversation with Marite, Argentinians treasure their freedom.  It was not easily attained and it wasn’t so long ago that they were under the oppression of state-run terrorism.

Between 1974 to 1983 the country of Argentina suffered greatly under terrorism by the state. This era is called the dirty war.  During this time some 30,000 people disappeared. The dictatorial regime hunted down and murdered the people who were dissidents. In an ironic twist of events, it took a national defeat to bring forth freedom from oppression. When the United Kingdom prevailed over Argentina in the Falklands War of 1983, it intensified the patriotic sentiments of the people and they staged massive protests against the military-ruled government, prompting its downfall and restoring free elections.

The Paris of South America

We pulled our coats tight as the cold Pacific air seemed to blow right through us. A few steps later a blast of warm air from the grate below our feet would give us a moment of reprieve. I felt the rumble of the subway underneath my feet and it brought back fond memories of walking to the office in New York City on a cold spring morning. I had to remind myself a few times that I was on the other side of the world and not in New York City.

Many have referred to Buenos Aires as the Paris of South America. Since I’ve never been to Paris my closest comparison is New York City. The subway system works about the same way, the crowds move around in a similar fashion and the tall buildings shade the cold paved sidewalks. Sadly, I could not find any bagels with cream cheese, capers, and salmon, my favorite New York City treat.

What they do have are alcohol vendors on wheels, or as Trin likes to refer to them, pedaling peddlers. These are folks who carry large coolers on their bikes selling drinks along Avenida Giralt in Puerto Madero. They ride up and down the walkway where the people are gazing over the Laguna de los Coipos, taking a lazy evening stroll, or eating choripan (grilled sausage sandwich) or bondiola (filet of pork) sandwich from the street parrilladas.

This is exactly how we had our encounter with one of the pedaling peddlers. Trin was eating a massive choripan when one of the vendors rode by calling out cerveza, and another word we could not comprehend. I caught the eye of one of them and asked, “Cuanto cuesta?”

I think I caught her by surprise. She grabbed a handful of brakes that made a loud metal-against-metal screech, but she managed to stop in front of us. She expertly dismounted and recited her list of drinks.

We bought a large tumbler of Fernet-Cola, a drink that we’ve never heard of before but we discovered is very popular in Argentina. Fernet is a spiced, bitter liqueur that is also a digestif. It’s one of the things that show the country’s Italian influences. Argentinians like to mix it with Coca-Cola, and that’s how we enjoyed ours.

“It tastes a little bit like wet sawdust,” Trin said after a few tentative sips.

“That’s what it is,” I laughed, “I couldn’t quite put my finger on it, but that describes it perfectly.”

City of the Dead

The following morning we walked along the streets of Recoleta, a wealthy neighborhood with streets that are lined with architectural grandeur. Everywhere we looked, we saw signs of opulence, and beautiful buildings and kids being ushered from the vestibule of their elegant apartments straight into a waiting car. Yet, just like most of the streets in the continent, we still had to constantly look down to make sure we didn’t step on dog poop.

Amid all these expensive buildings, perhaps the most interesting collection of real estate is the La Recoleta Cemetery, or as many refer to it, The City of the Dead.

Grand palaces squeezed into the footprint of a tiny house loom high above our heads. Larger than life sarcophagi with stone carvings of its inhabitants’ point at something far in the distance their stares gazing at something unattainable. A few look directly at us as we approached, with cold vacant eyes that still seem to look into the souls of mourners who walk down these cemetery alleys.

This would be the perfect place for ghost stories and I was slightly disappointed to find only a few legends.  Even those legends were not so much ghost stories but sad tales of those who have passed away.

The Girl Who Died Twice

The girl who “died twice” is one of its most famous stories.  Rufina Cambaceres died at the age of 19, placed in her coffin and left to be interred later. The next day they found that her casket was out of place as if someone had moved it and they suspected a grave robbery (get it? a grave robbery).  A chilling sight greeted the family, something many dreaded before some of our advances in medicine. There lay Rufina, jewelry intact but she was bruised and scratched. She had not really died before but had suffered a cataplexy.  She died of a heart attack from fear and lack of air after waking in the coffin and being unable to escape. How Hitchcockian.

Most of the dead here are not buried and only a few are cremated. Peering through the door on many crypts, I could see the caskets on shelves, a reminder of how close death is.

This miniature city, with numerous streets and alleys and mausoleums, seems to go on forever. Some crypts are well maintained and are adorned with fresh flowers. Others long since forgotten sit in disrepair with broken doors and rotting caskets inside.

The Smell of Death

This morbid city is both fascinating and disconcerting all at the same time. We were exploring a far corner of the massive cemetery and noticed a number of crypts with broken doors and rotting caskets. After seeing the one white lining of a casket sticking out of the rotting bottom we wondered aloud at the risk of disease. My mind conjured images of a 14th-century black plague.

In the next alley, we smelled something rotten. Without saying a word we both immediately turned around and went out of the alley. Maybe it was just a dead rat, we told ourselves.

“Isn’t this where someone one found a head?” I heard another tourist say as we passed them on one of the more ornate streets. It would not surprise me, but I found nothing to substantiate this in my research later. It did add a bit of creepiness to our wanderings at the time.

There are over 6,400 statues, sarcophagi, coffins and crypts in La Recoleta Cemetery. It is the most expensive real estate in Buenos Aries. A tiny, nondescript crypt can start at $15,000 USD and skyrocket from there.

Great memorials have been erected here for presidents of the past to mark the spot where what remains of their bodies lay but reminds us of the legacy they left behind.

Fighters are remembered for their leadership and their sacrifices for the freedom of others.

I did not find any tombs that listed great business deals or amazing accomplishments, rather people are remembered for their leadership or influence both good or bad on others. Some crypts say nothing of what the person did but only spoke of how much they were loved.

We saw the tomb of Eva Perón, affectionately called Evita after whom the eponymous musical was named. She was an advocate for and beloved by the people. Her immense acclaim has found a place in pop culture. Yet, among the elaborate mausoleums in the cemetery, hers appeared humble, with not much flourish. From the outside, it is a mere plaque on the Duarte (her maiden family) family tomb.

I left the cemetery with “Don’t cry for me Argentina” playing in my head.

This cemetery and the tango have made the most impression on me in Buenos Aires. Maybe the tango is a perfect way to describe the beauty of life. In each moment, give to those around us, focus on their happiness and let the warmth of their love sweep us off our feet. I want my legacy to be something far deeper than just a lavish tomb.

What will be your legacy? 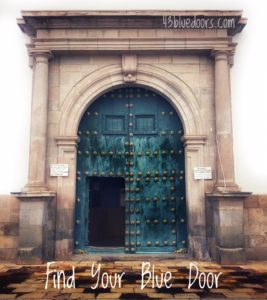 2 thoughts on “City of the Dead and the Tango”