It is 5am. The windows lay wide open allowing a breeze to fill the room with the fragrance of the jungle. It is already light outside but the clouds still hang low in a blanket over the top of the towering trees. The waterfall up the hill from our cabin creates a constant soothing background to howler monkeys in the distance.  The Toucans and a myriad of other birds singing of the dawn. 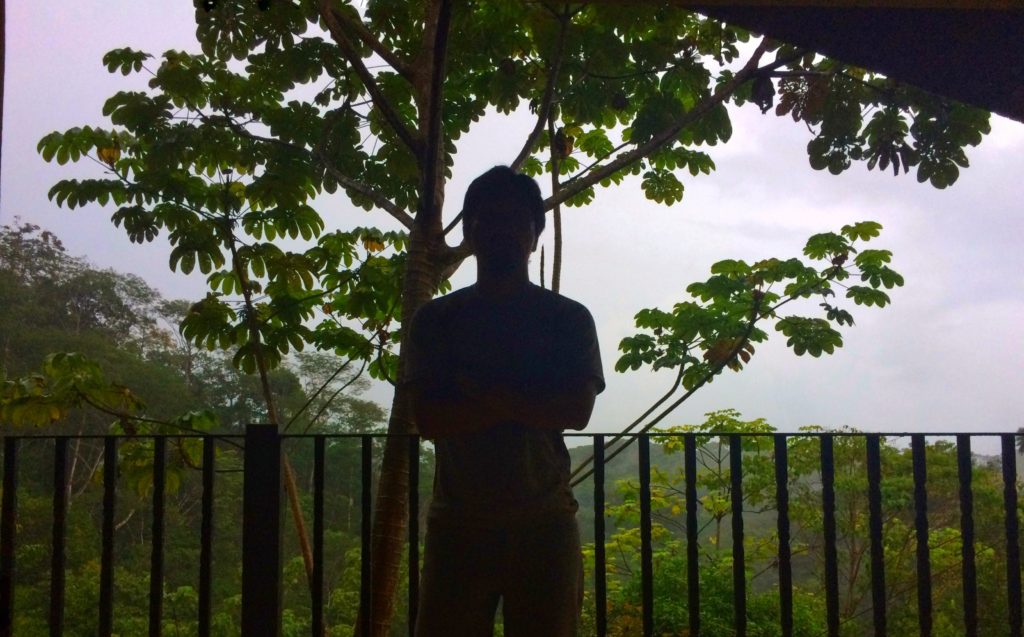 Something falls to the metal roof above.  Could be dropped by a bird, a tree branch, or sometimes monkeys throw stuff at us. A gecko runs across the screen as I gaze outside. I’ve always loved geckos, till they started leaving turds on our bed. Here I make the bed every day. Not only for the geckos but it also seems to help keep the dampness out of the sheets and pillow. Geckos are still cute.

A smell almost as bad as a skunk woke me up last night. Just a few wild boars wandering by, Wim told us later. With very little human noise the animals seem very comfortable wandering through the lawn and nearby trees.

Eleven days ago we got off a bus in the little town of Uvita de Osa Peninsula, known for its beach shaped like a whale’s tail.

The BM grocery store sat across the street from the station. We filled our cart with all the food we would need for a week. After purchasing our supplies, we pushed the cart outside where we met up with a guy named Wim. He greeted us and pointed to a green 1980’s era Toyota Land Cruiser where we could put our stuff. He ducked into the BM to pick up some groceries of his own.

The Land Cruiser was missing a fender. Ferns clung to the corner of the passenger window where the mirror used to be. Mud decorated the sides and was caked into the tires. Insulation from inside was gone, leaving behind was seemed like a metal tank. I grew excited about the next leg of this journey. 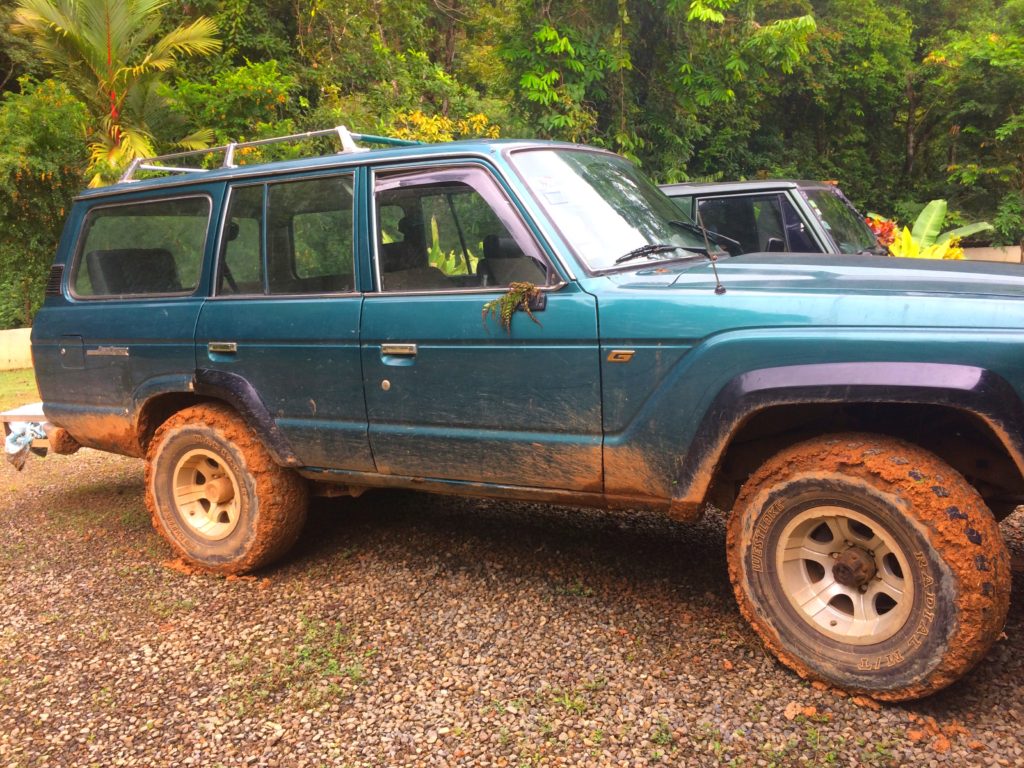 Wim appeared again with a few grocery bags. He then stopped at a bakery for bread and the gas station to get some gas for the generator.  The refuge runs off solar panels, however, when it rains for days in a row the generator is a great backup.

We headed out of town. Eventually taking a right onto a dirt road that went up a mountain.

A RUTTED ROAD TO REFUGE

A local guy standing at the corner hollered something as we turned. We stopped and made room for him in the back seat next to me. It is a brutal hill to climb. We dropped him off two miles up the road where we turned into the jungle onto a small very steep rutted dirt road.

With 4WD engaged, we bounced and bounded up the mountain twisting turning and slipping.  What a blast! Eventually, we arrived at a huge gate signifying our entrance into Refugio Solte. There we descended into a secluded refuge were we would spend the next couple weeks. 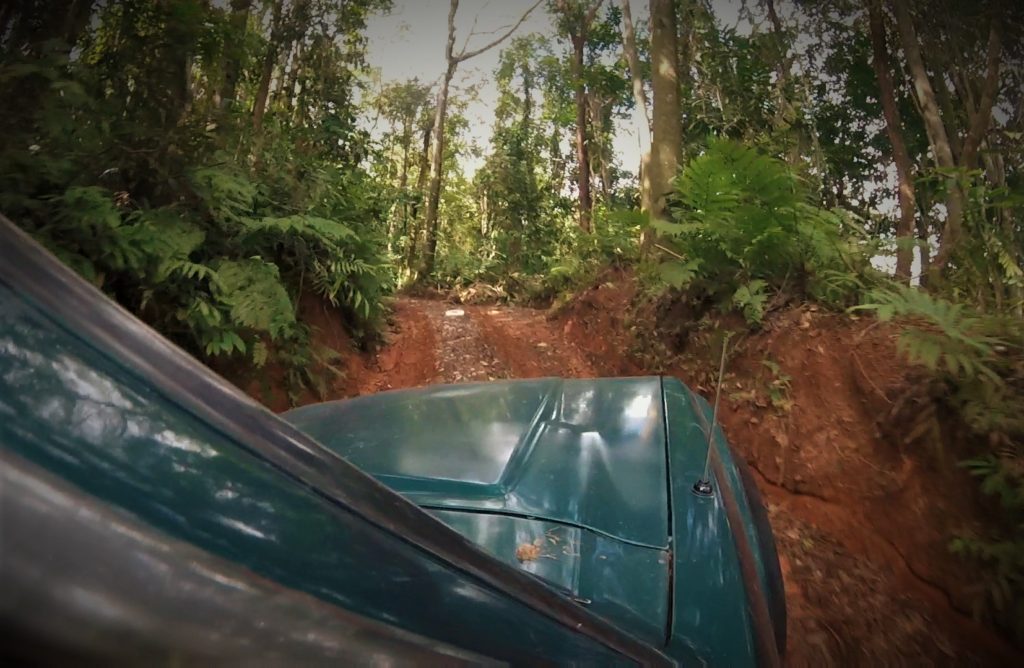 We found Refugio Solté through Workaway.org,  a website that brings hosts and volunteers together for various efforts often in exchange for lodging. We applied to this one and were excited to get an invitation.

Wim and his wife Marianne have been at the jungle refuge for about five months now overseeing the upkeep of the place as guests come and go.  They quit their jobs in the Netherlands to heed the call of God and do missionary work full time. They sold all their stuff, packed up their bags and their cute little dog named Tosha, and flew to Costa Rica.

Trin and I arrived just after one of the last groups for the season had gone. The place serves as a venue for retreats and ministry training. 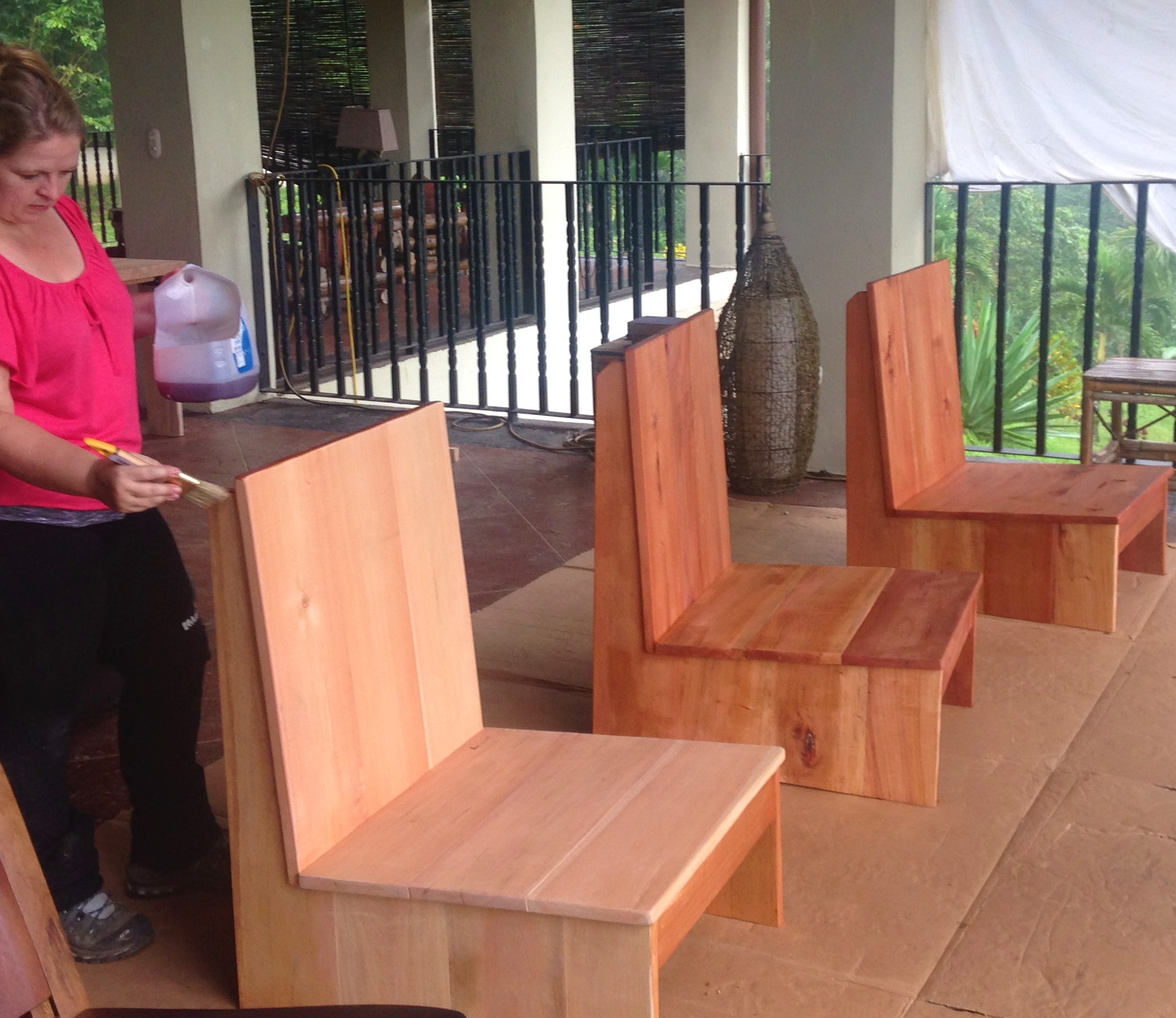 New lounge chairs, coffee tables, and bunk beds had just been handcrafted and donated the prior week. They needed to be varnished before the moisture and bugs consumed them. Over 40 chairs had also been purchased that needed to be painted.

We originally signed on for five days to help with this task. But we were loving it so much here and there was so much work still to do we stayed on a bit longer.

Nights here are perfect for sleeping.  A cool breeze blows through the windows and the darkness is complete. Both Trin and I love it very dark at night.  We even cover the little laptop power cord indicator lights with electrical tape as they are too bright. 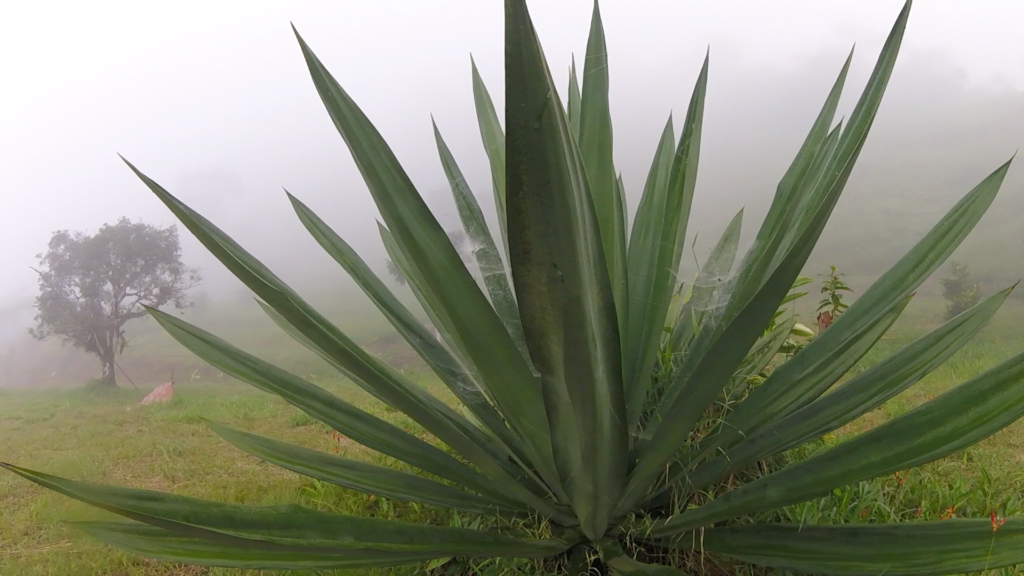 We also had time to explore.  Just up the mountain from Refugio Solté was supposed to be a beautiful clearing that provided great views of the entire beach.  One foggy afternoon we headed up the mountain hoping to get a good view.  The fog kept us cool as we climbed the steep path up.

The clouds resting in the valley gave the world a peaceful feeling.  Then a breeze picked up and opened a path in the clouds giving us a brief glimpse of the ocean below.  We waited as the path swept back and forth then opened up the view for us.

We loved the view so much we made the climb again on another day that promised a clear sky.

Just that morning we discussed staying for another week to help with the work.  More on that in our next post.