The day of Roger’s cabalgata was blessed with beautiful sunshine. Over 85 horses clopped through the stable’s pathway. There we had setup bails of hay, chairs, and tables for the revelers to hang out while waiting for the start of the ride. 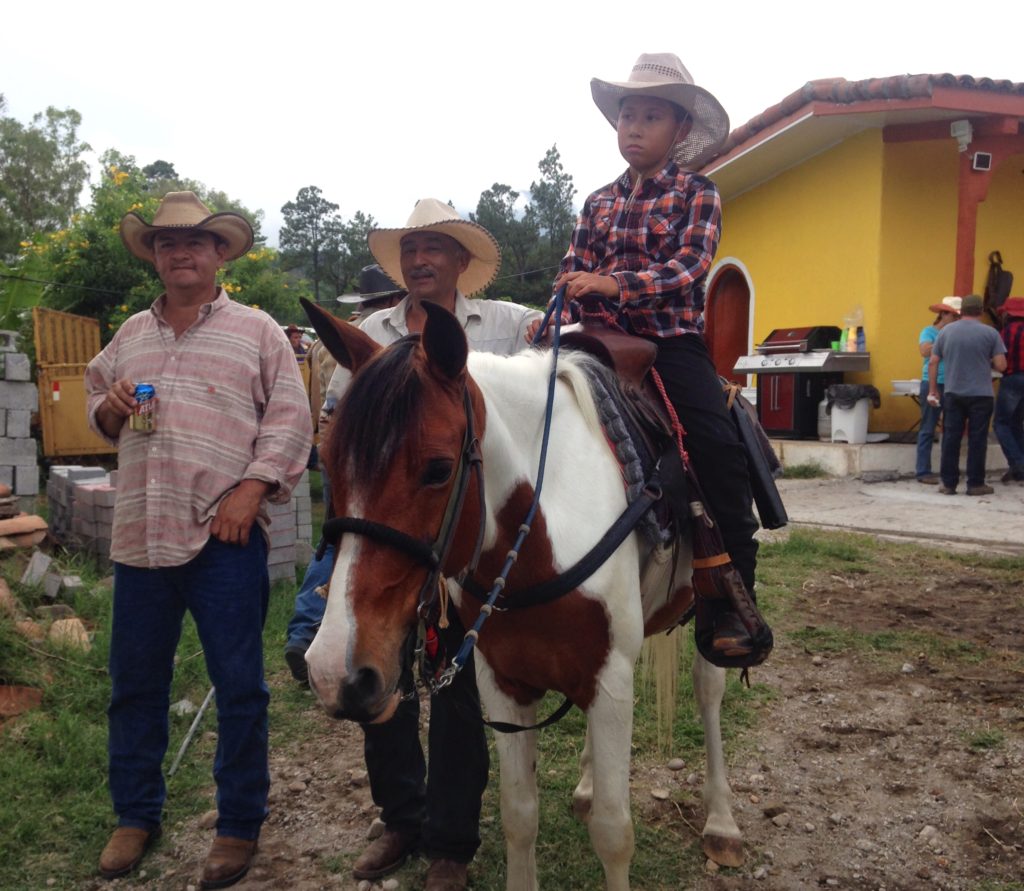 A cabalgata, which literally translates to cavalcade, is a popular way of getting riders together for a celebratory ride.  In most cases, there is one person who sponsors that huge event. They spend a load of money on food and alcohol, especially on alcohol which is typically handed out with abandon to the riders and spectators alike. 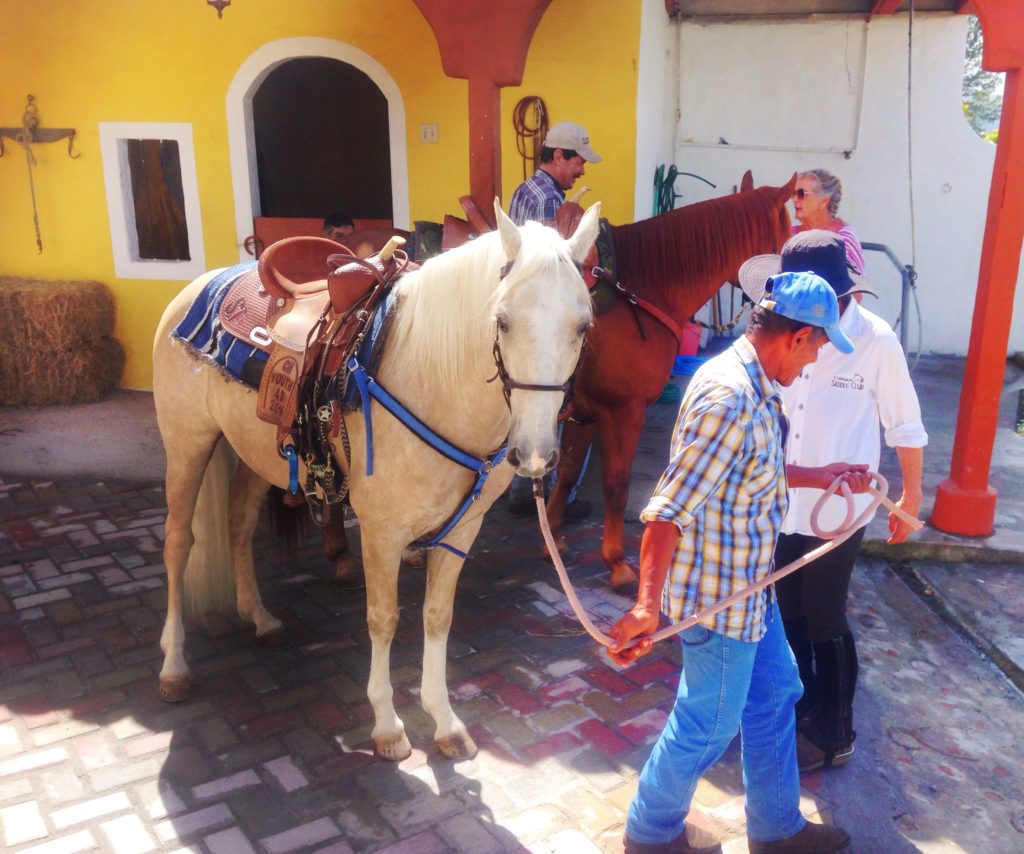 While the riders arrived and gathered around, we served pancakes and coffee. The option of adding rum to the latter proved to be popular even at the morning hour of 9 AM.  We saw some familiar faces that we have met since the beginning of our stay here in the hacienda almost two months ago.  I’m always surprised by how long we’ve been here every time I try to remember when we arrived. 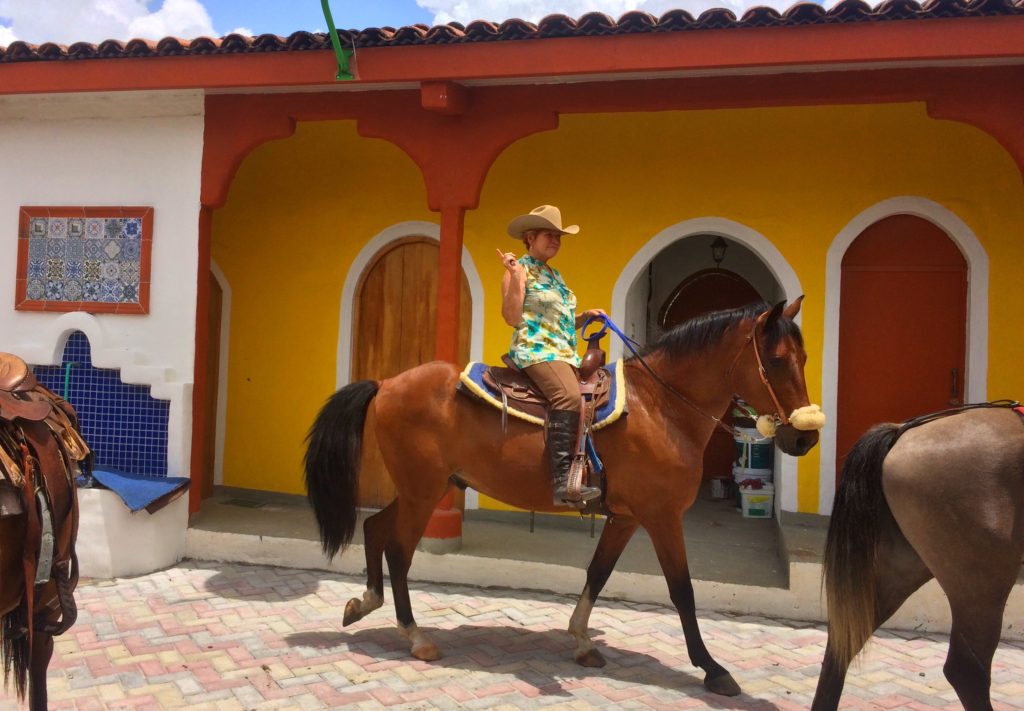 There was Michael, a retired surgeon; Margie, a businesswoman from Texas who had moved here years ago; Saroya, a belly dancing instructor; Jimmy, Chichi and his family who own a large part of Boquete real estate; Ron and Loesje who volunteer at a disability charity who later gave us another volunteer opportunity; and many more. 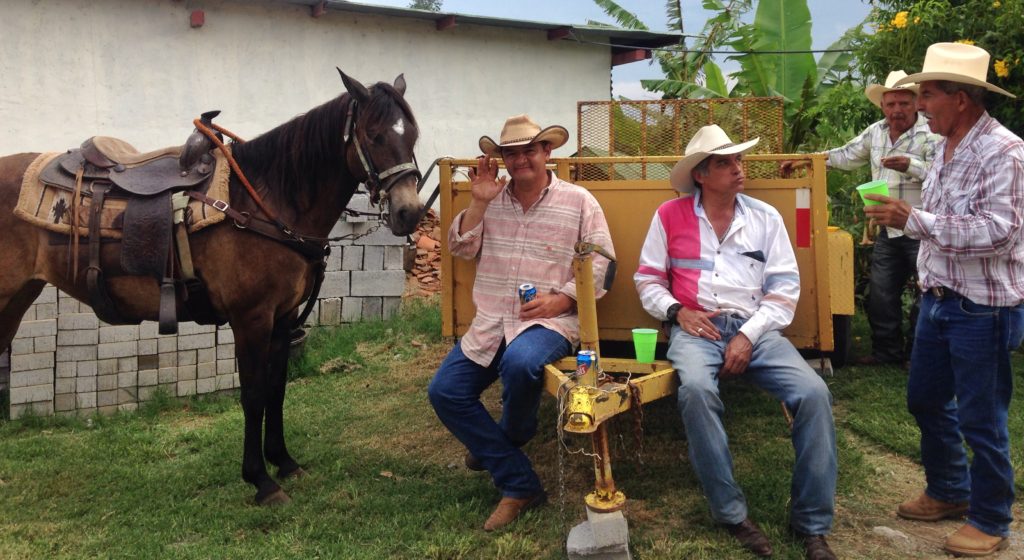 We also met some new faces who turned out to be longtime friends of Roger. Some of them were very close to Roger’s wife Margret who passed away a little more than a year ago.  There was Emily who spent many days with Margret near the end.  She brought along two girls who offered to cook the pancakes – a wonderful surprise since the two people who volunteered to flip pancakes did not show up.

By 11 AM the usually quiet Establo Goleta was abuzz with people, and some riders began mounting their horses.  The arrival of the last few latecomers trickled out, and some of the eager riders started down the trail.  The cabalgata was underway.  It took about an hour for the last few riders to get on the trail.  We loaded the volunteer truck with rum, cans of beer and soda, to be handed out to the riders throughout the jaunt. 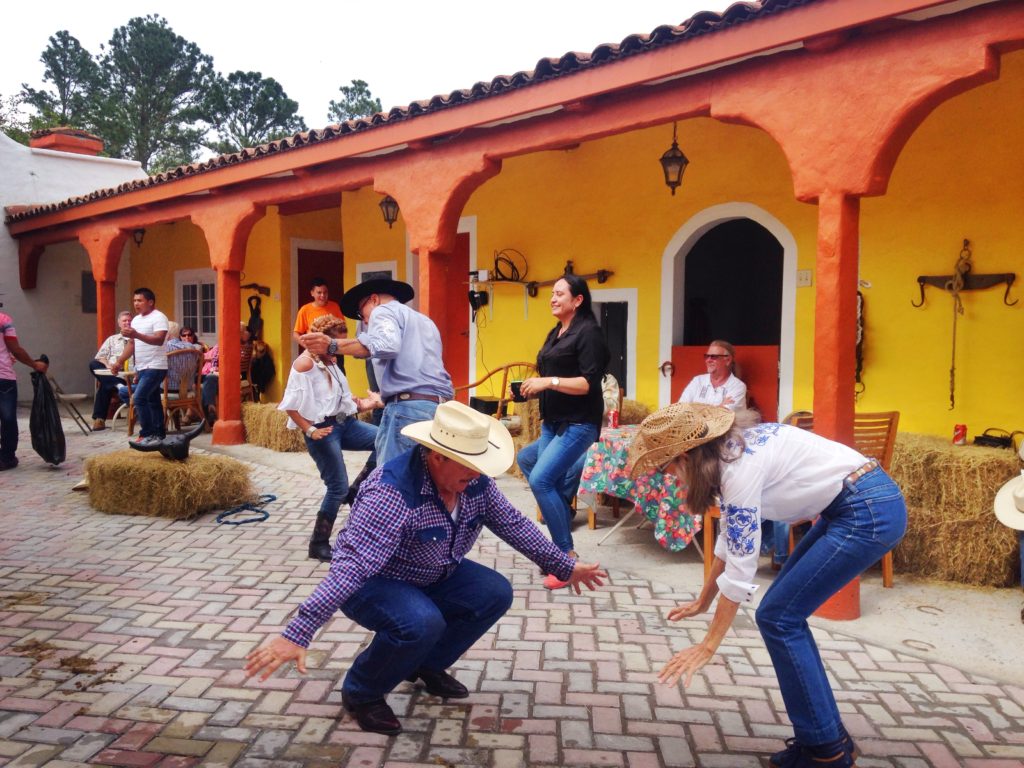 Roger and Jimmy were part of the last few riders to head out.  Roger had been so busy that morning that he hadn’t eaten yet so he asked Trinity for a couple of pancakes slapped together with honey in between.  He ate it while riding off to the trail – the multi-millionaire cowboy who is in his element whether partaking in a nine-course meal or an improvised pancake sandwich. 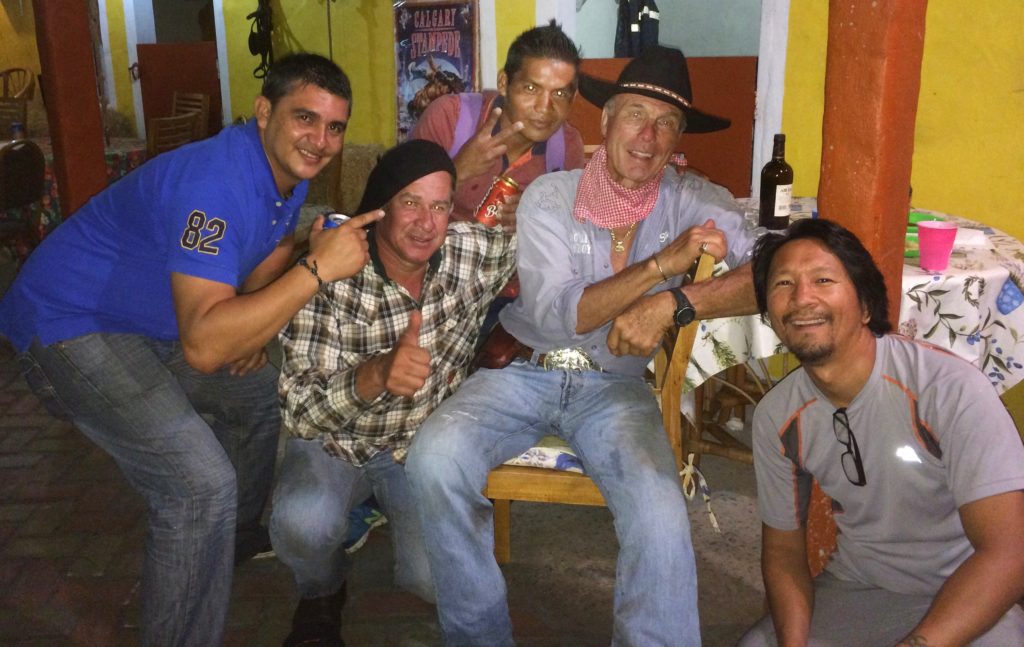 By noon, the stable was deserted.  We breathed a tiny sigh of relief as we had about three hours until the riders return.

The previous day, I spent the entire afternoon baking and decorating 110 cupcakes. Belen, the lady who regularly cleans the hacienda, was behind the stove all day making a very large pot of sancocho, a traditional Panamanian chicken stew.  Trinity helped in loading an obscene amount of beer in the stable fridge and coolers.

Unlike most of the cabalgatas that we’ve heard of which are typically rides through city streets, Roger’s ride meanders through forest and mountainside trails with very minimal road sections.  They had cut a new trail through some of Jimmy’s wide expanse of property just the week before. The final day of trailblazing culminated in a night of impromptu food and drinks at Roger’s place.  Trin and I were on the hook for feeding them on a very short notice.  We didn’t mind.  We always get to join the party and that night was filled with Panamanian stories from locals we have come to love. 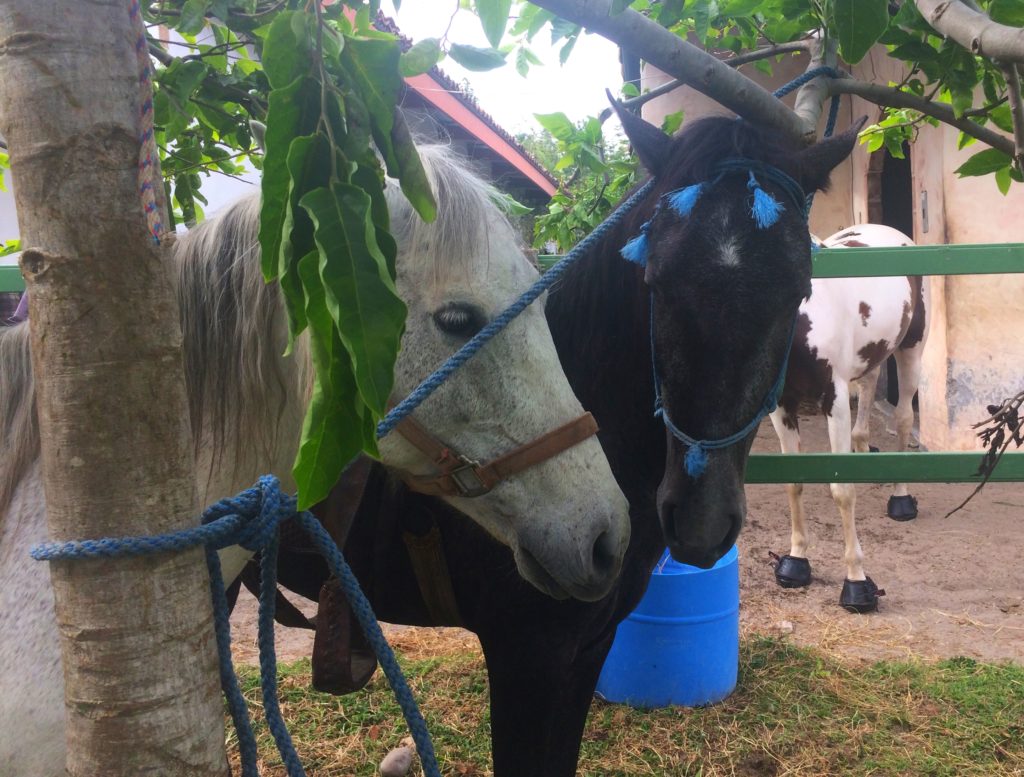 At around 2 PM some of the riders started arriving back from the trail, just as Trinity had the grill hot and ready for the hamburgers.  The tables gradually filled up with hungry, and some inebriated, riders.  For the next few hours, Trin and I served bowl after bowl of sancocho, flipped burgers, and refilled drinks, with the help of the stable hands and gardeners. 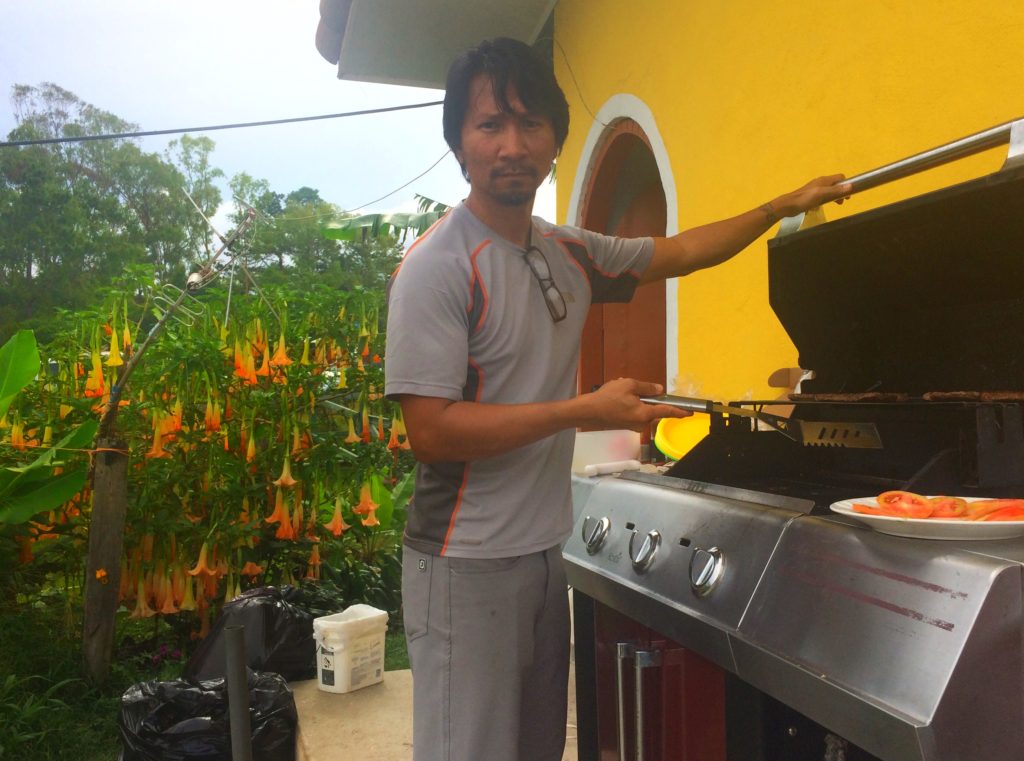 The band arrived and boots hit the cobblestone as the dancing commenced and bottles of rum disappeared. 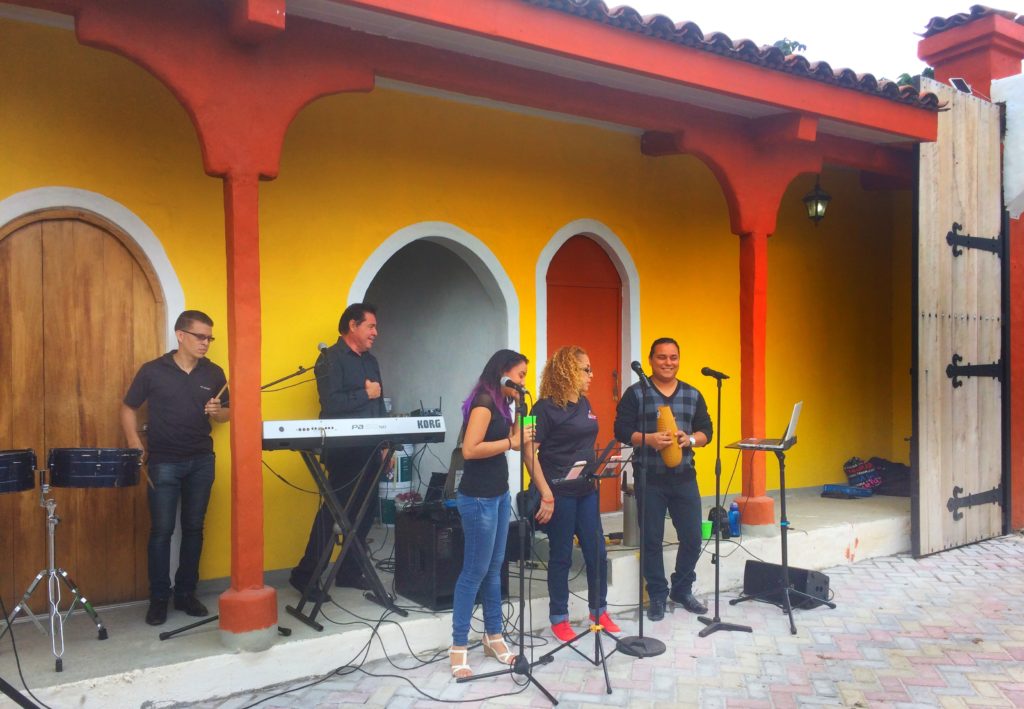 Everybody had a jolly good time, even the rain that later came upon us could not dampen anybody’s spirits, as the dancing continued.  Kids played in the riding arena and people wandered around the property enjoying the gardens.

4 thoughts on “Cabalgata in Boquete”