We spent almost the entire day today at the Museo Casa de la Memoria (Memory House Museum) in Medellin.  I entered the unadorned, almost utilitarian building, as a curious tourist and came out as a person virtually wounded by a slice of history that cuts through niceties.   The stories of its very violent past, most told by the very people who survived the violence, spoke to my soul and cried out for peace.

The Aburrá valley in which Medellin sits has been inhabited since the 5th Century B.C.  Then discovered by the Spaniards in 1541 [Travel Experta].  It has seen conquistadors, slavery, paramilitary groups, and at its height of the violence, Pablo Escobar, head of the so-called Medellin cartel.  He was a drug-lord and narco-terrorist who supplied 80% of the cocaine to the United States in the 80’s.  He was the wealthiest criminal in history who perpetrated violence and war between the cartels and the Colombia government at the time resulting in bombings, kidnapping, and murder.

A MAP OF VIOLENCE

One of the exhibits in the museum is a map of violence.  The map reflects each borough or city that make up the metropolitan area of Medellin with a number in each city reflecting the homicides and kidnapping that occurred there during the selected year.  You can rotate a dial to show the stats on different years.  The numbers go up and down but to an extremely high number in the 80’s and 90’s.  By the 2000’s the number of kidnapping was down to zero in many sectors.  An amazing transformation.  The rate of murders per 100,000 people has dropped from 184 in 2002 to 38 in 2013. [82]

This museum tells its stories without hate or blame.

Its purpose is to invite understanding and memorialize the sorrow to remember the lost. It was told by the victims and perpetrators themselves who have moved beyond their own violence in an attempt to change Medellin into a better place.

The first plaque that you see upon entering the museum begins with the words:  History is never complete. Everyone narrates from their point of view, from the roll (sic) they have played in the scheme of things.  And when they intertwine, these narratives are transformed, enriched, they become more complex.*

The museum uses art in beautiful and ingenious displays to portray its message.  Touch screens allow users to scroll through history.  While standing in front of an exhibit the wall of victims, whispers and voices of the abused can be heard swirling around emanating from small wooden boxes along the wall.

The celebration gallery displays pictures of the victims during happy times.  Its black shiny walls are dotted with pinpricks of light surrounding the led screen pictures.  The floor and walls reflect the tiny beams of light transporting you into the middle of a starry room, its illusion reaching out into space.

I was very impressed by the execution of the exhibit area, dimly lit, with multimedia stations equipped with headphones and sound domes that isolate sound, maintaining the solemnity of the museum.

Medellin today is a much better place, integration the leading factor towards its rise to peace.  The transformation of Comuna 13 is a prime example, where a community once plagued by violence has been transformed using integration and innovation into a proud, peaceful community. 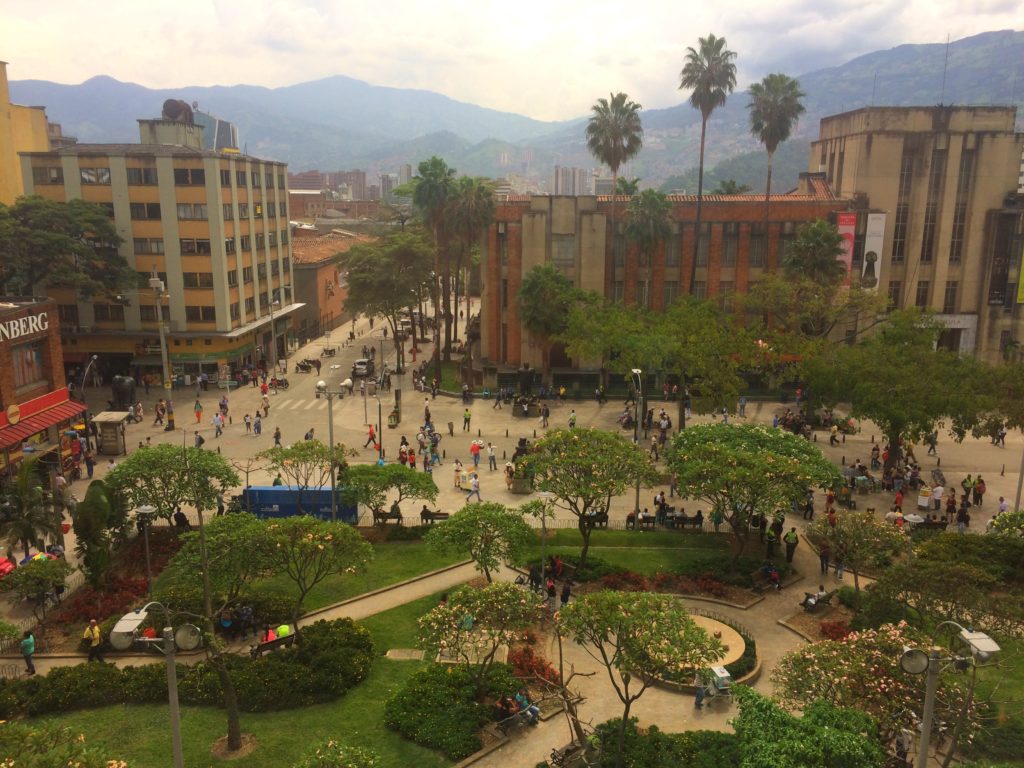 Medellin is a beautiful metropolis nestled in the mountains.  We feel safe walking its streets although there are still areas that are not advisable to visit, and walking alone at night is not encouraged.  Even though there are still paramilitary groups here in Colombia that just last week bombed Bogota and is threatening to bomb Medellin, it is still a city transformed.  At night we simply gaze over the lights of the city and revel in the cool mountain breeze that encourages peace and reflection. 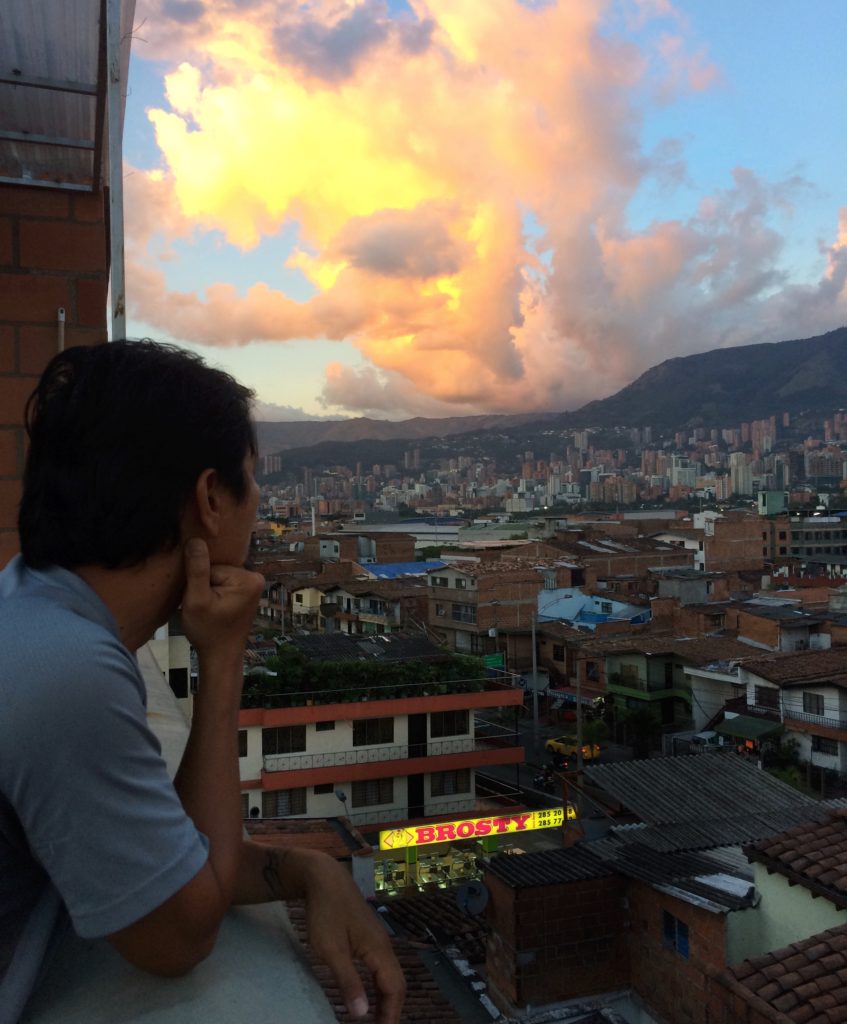 The city has been named Innovative City of the Year a few years ago.  Its public transportation is state of the art.  The implementation of gondolas (cable cars), trams, and outdoor escalators was part of the cities plan to connect the gorilla suburbs from up the mountains to the city and make integration easier. 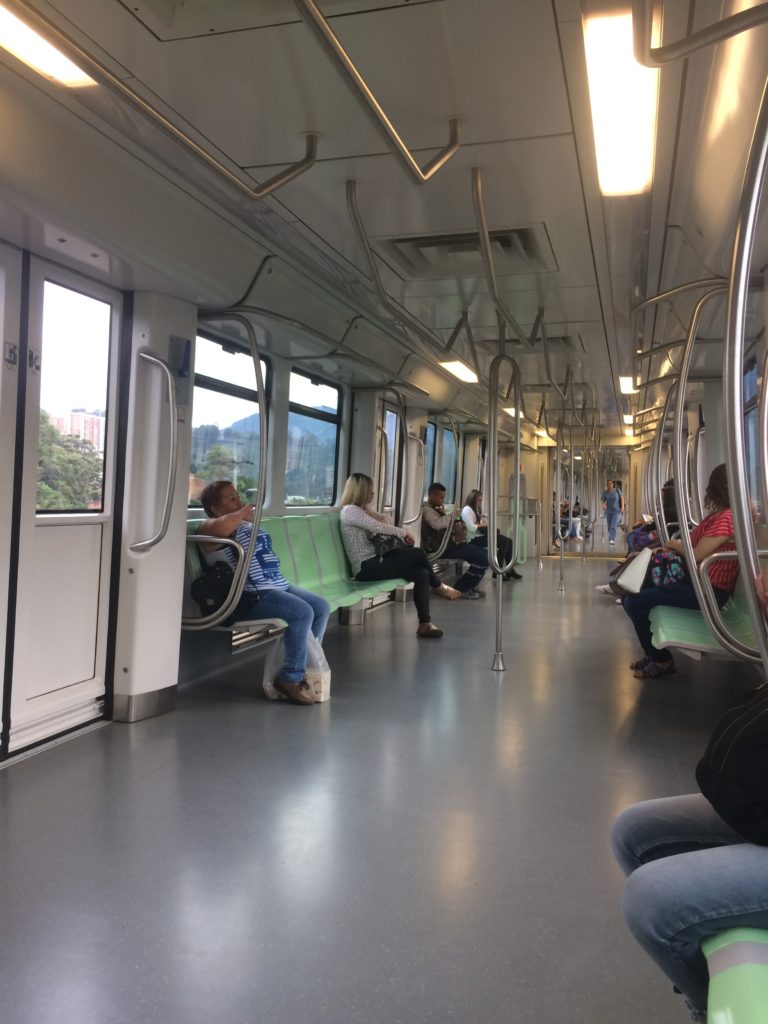 Everywhere we went, we felt that the people in Medellin are proud of their city.  It has taken the effort of everyone to transform it.  They have much to be proud of. It has overcome its violence.  It tells a story that should be heard around the world. They know that the road to peace is paved with understanding. The truth lies somewhere in the middle of their struggles.

This museum speaks of the city’s violent past using facts and tries to keep polarizing opinions from its walls. It presents the cold heartbreak of violence which moved me to tears.  The effect enables any patron no matter the path taken to arrive here to identify and not turn away.  It encourages individuals to see both sides and to find peace together, to listen to each other, and break the cycle of violence. 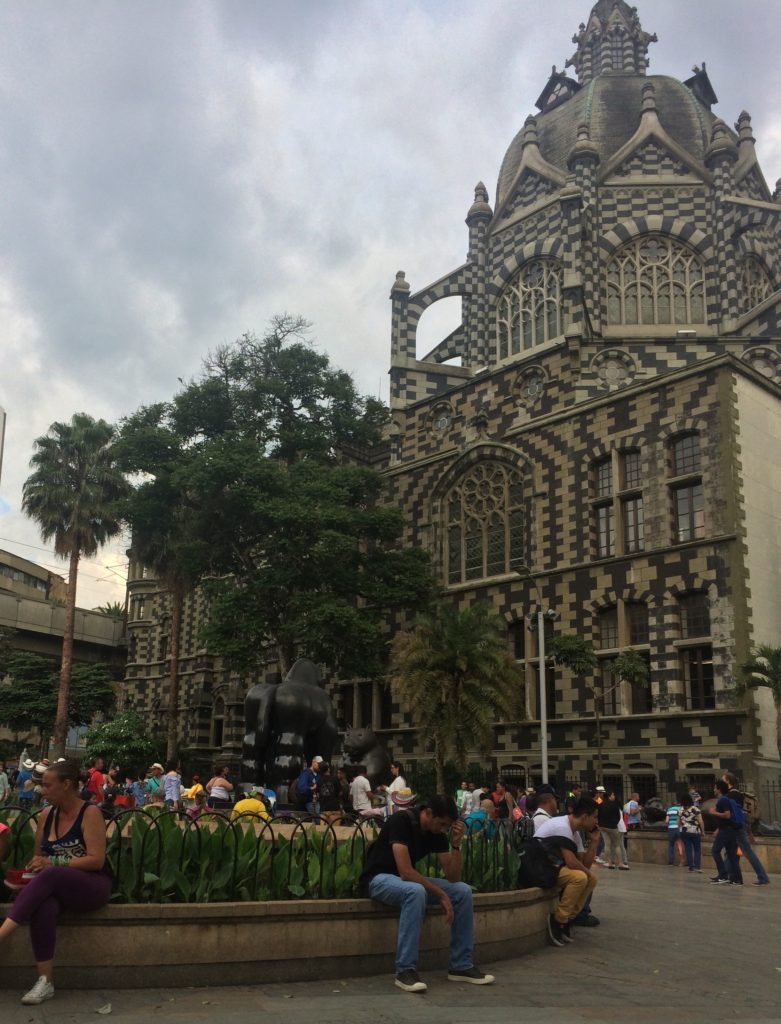 Hate blinds it’s owner to any good in the object or person hated. Forgiveness frees the giver from the binding chains of hate and opens a bridge.  A bridge to transformation, a place of peace.

“The truth shall set you free.” – Jesus

2 thoughts on “Violence and Resistance: Medellin”