Zocalo depicting the family pet. One of my favorites.

The Zocalos on a family home.

Zocalo on a bridge

THE TOWN OF GUATAPE

Guatape is a tourist destination for many Colombians and other South Americans along with not a few gringos and for good reason.  Guatape has its own unique mix of colors and small town feel.  It is very pleasant to walk around and enjoy vendors by the lakeside. Or meander up the steep cobblestone streets. 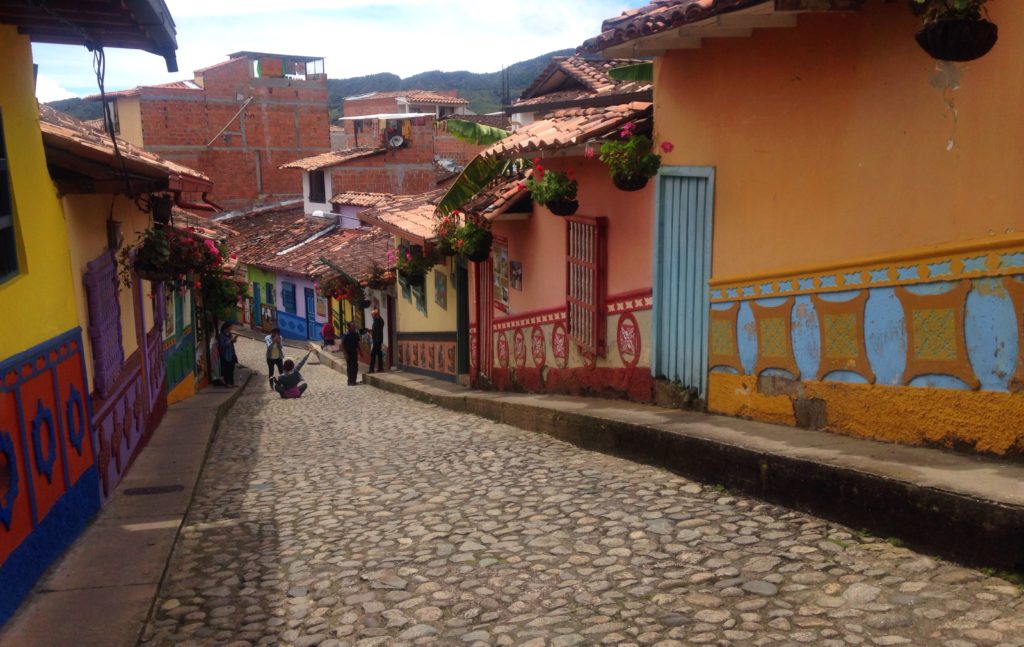 Kids can enjoy a ride on small carousels or jump in trampolines. A zip line extends across a portion of the lake to a nearby outcropping peninsula.  The shoreline has an array of boating options to give tourist excursions to different areas of the lake.

In the late 1970’s the old town of La Penol was flooded to build a hydroelectric dam creating the lake.  The only remains of the old town are a cross that still stands above water and a few artifacts that townsfolk saved.

The area also lays claim to La Piedra, a massive rock that juts up 200M out of the ground.  Over 750 steps have been wedged into a crevice of the rock that allows tourist to ascend to the top and enjoy breathtaking views of the intricately shaped lake. 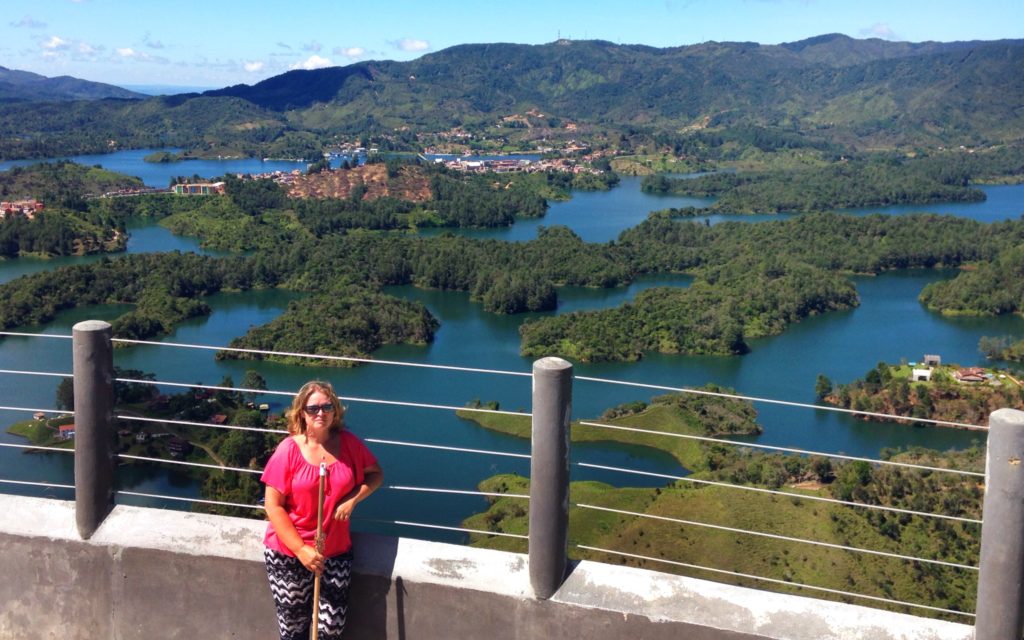 The walk from our lodging in downtown Guatape to the rock was pleasant and the views were good.  You could pay a tuk-tuk or a taxi but we didn’t find it necessary.

The entrance fee of COP 18,000 is almost as steep as the stairways but it’s worth it.

Inner stairs in the crevice of the rock

I love the life clinging to the vertical rock wall

We stopped at every switchback to take in the beautiful view

Nearby you can play DEA vs Narcos in a game of paintball right in a mansion formerly owned by Pablo Escobar. We skipped the tour but it would be a bit bizarre to play a war game in the former home of one of the most notorious drug lords.

Guatape also has a vast recreational facility to keep the kids occupied and stay out of trouble, including a soccer field, a BMX racetrack, a swimming pool and a skating rink.  For such a small town we were surprised at the number of playing fields and recreation areas.  It was great to see the town investing in its own people. 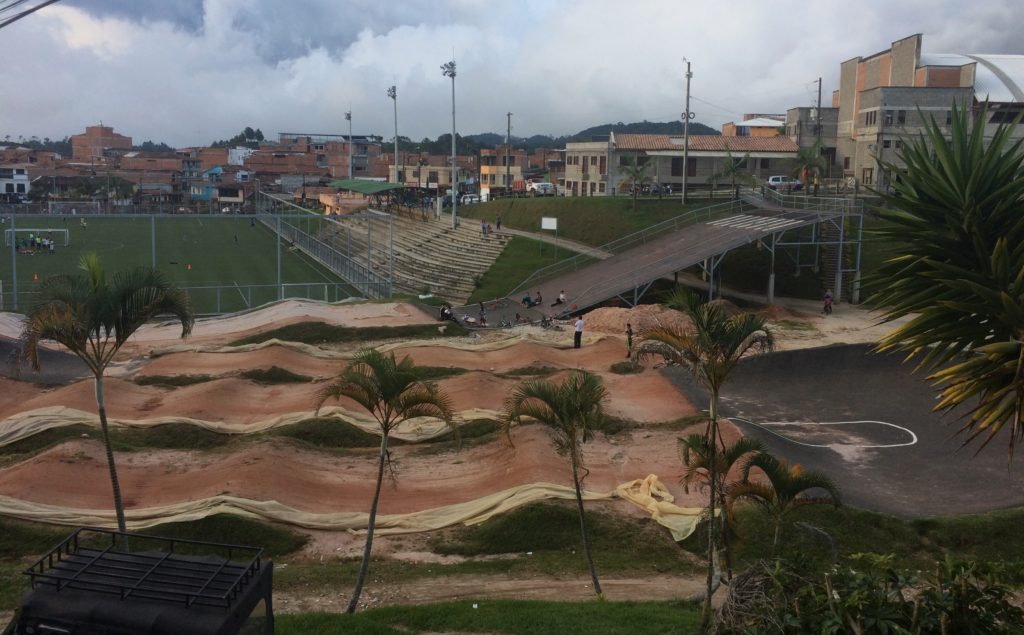 The town can be visited on a day trip, but if you have the time stay a night or two and enjoy some performances in the Plazoleta de Zocalos. 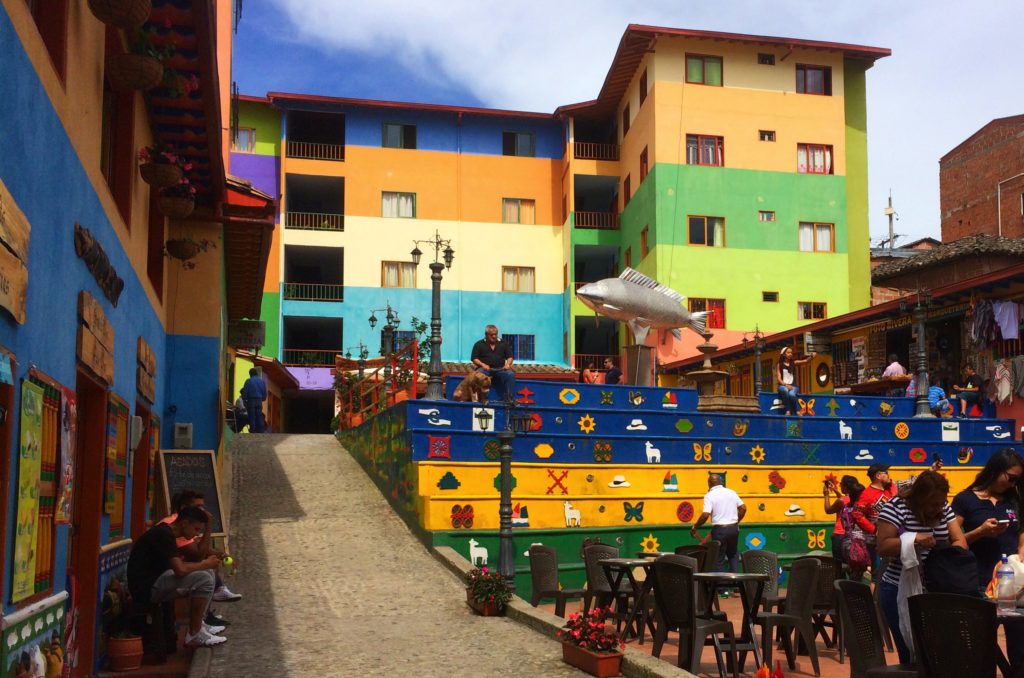 Or simply hang out in the main square and to watch the activities and constantly changing the color of lights on the nearby cathedral.  The bus ride to and from town has excellent views as well. 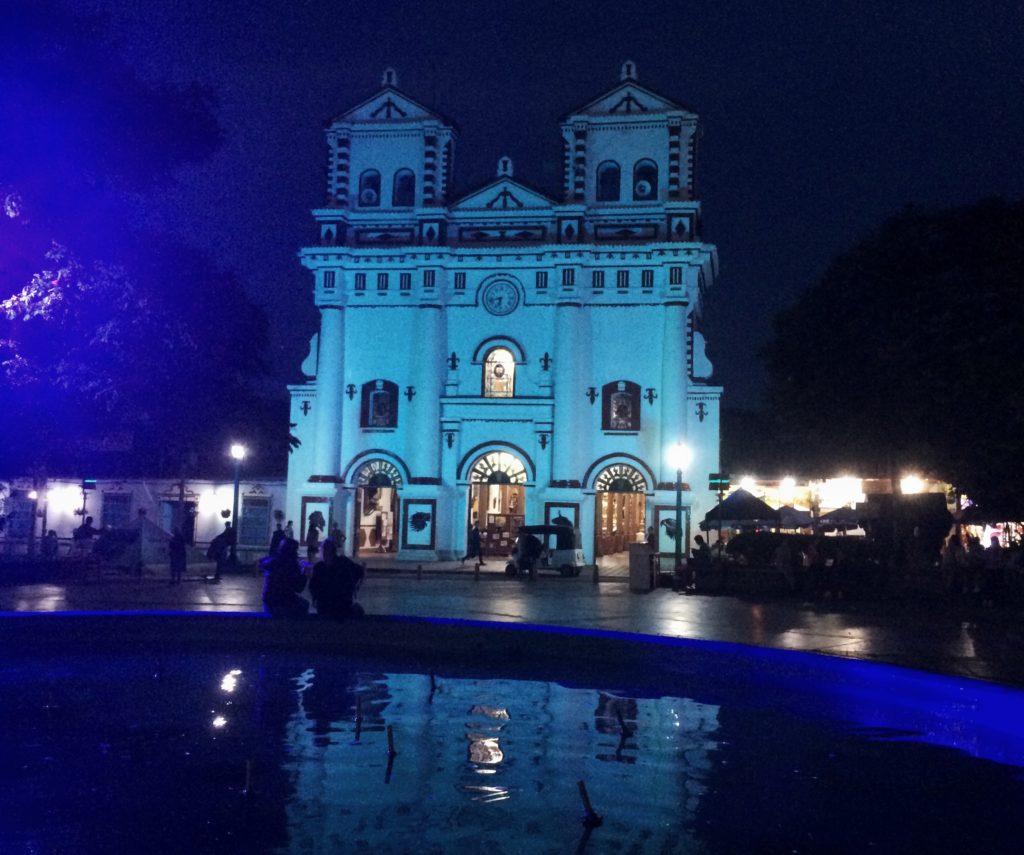